Burgers and games at 8Bit, Footscray 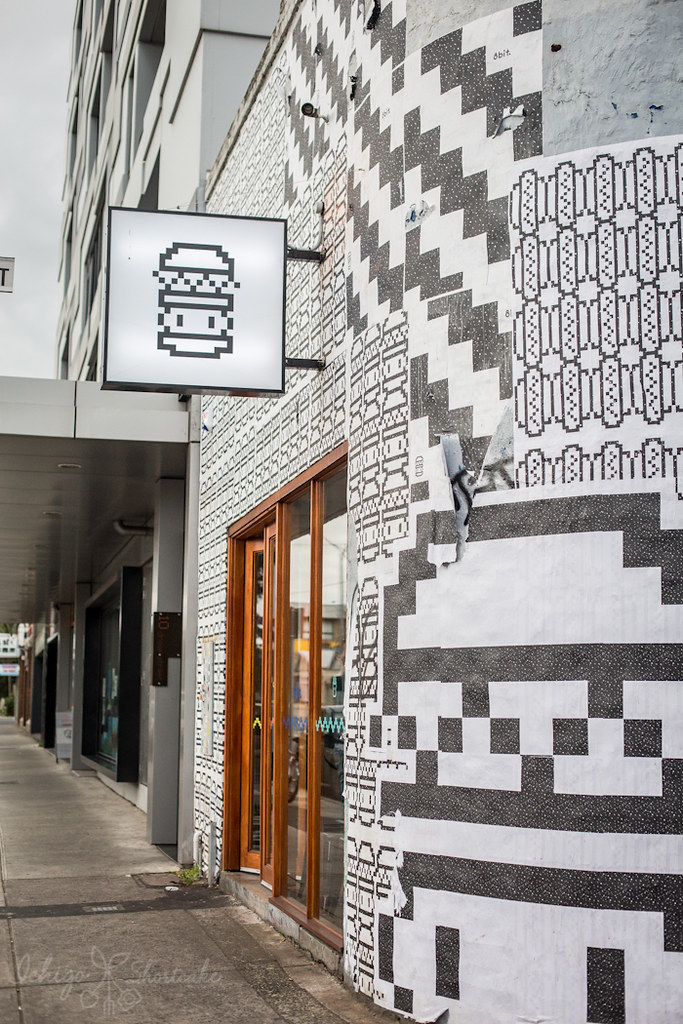 I don’t know about you but I love playing video games and so do most of my friends. I’ve been playing games since I was little and 8Bit really brought back some of those nostalgic memories. It’s a cool concept with decor that’s fitting of the name.

For those of you who don’t know, 8 bit is an old school computing term. I won’t bore you with the details but in essence it’s a geeky term and although it’s not at all related to burgers, the brains behind the burger joint has decked out the shop with an arcade machine and retro video game colours and decor. 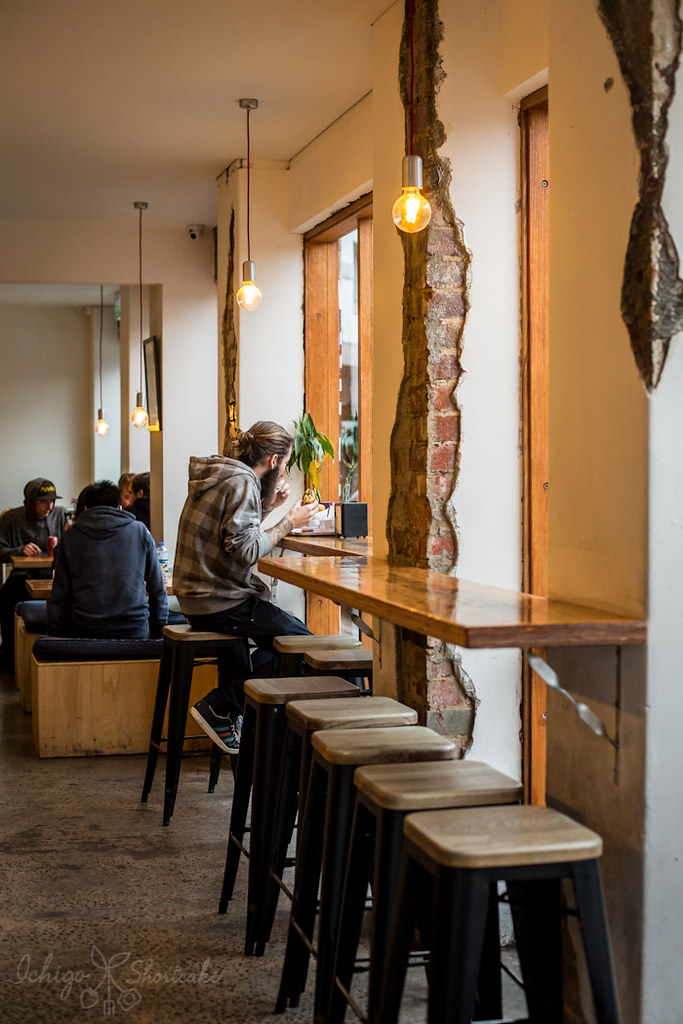 As we literally just had lunch at Auction Rooms (a number of months ago now), the stop over was meant to be just to ‘have a look’. We ended up ordering a burger, onion rings and a milk shake anyway. 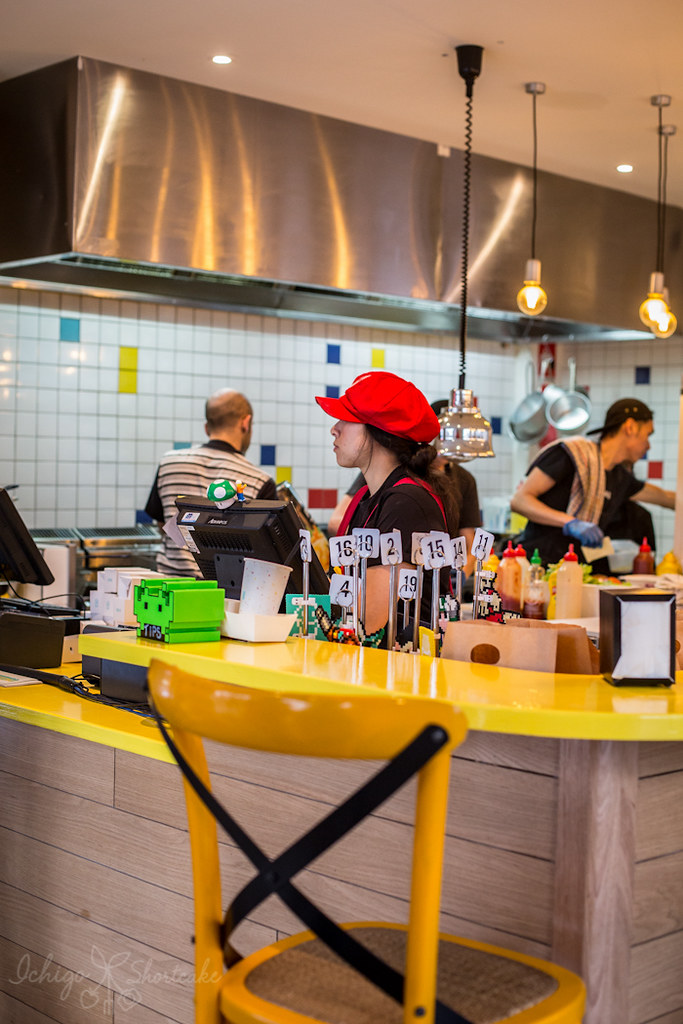 As we weren’t hungry at all, we decided to just get the 8Bit with cheese ($8.50) which came with beef, tomato, lettuce, red onion pickles, mustard, cheese and 8Bit sauce. The burger was tasty, the patty was moist and well seasoned and the brioche bun was soft and sweet. It wasn’t a bad burger, although I wouldn’t say it wowed me in any way.

The beer battered onion rings ($3 small) was way too battered and oily that we had to peel off all the batter so this wasn’t such a great side, unlike the onion rings at Brother Burger which is to die for. 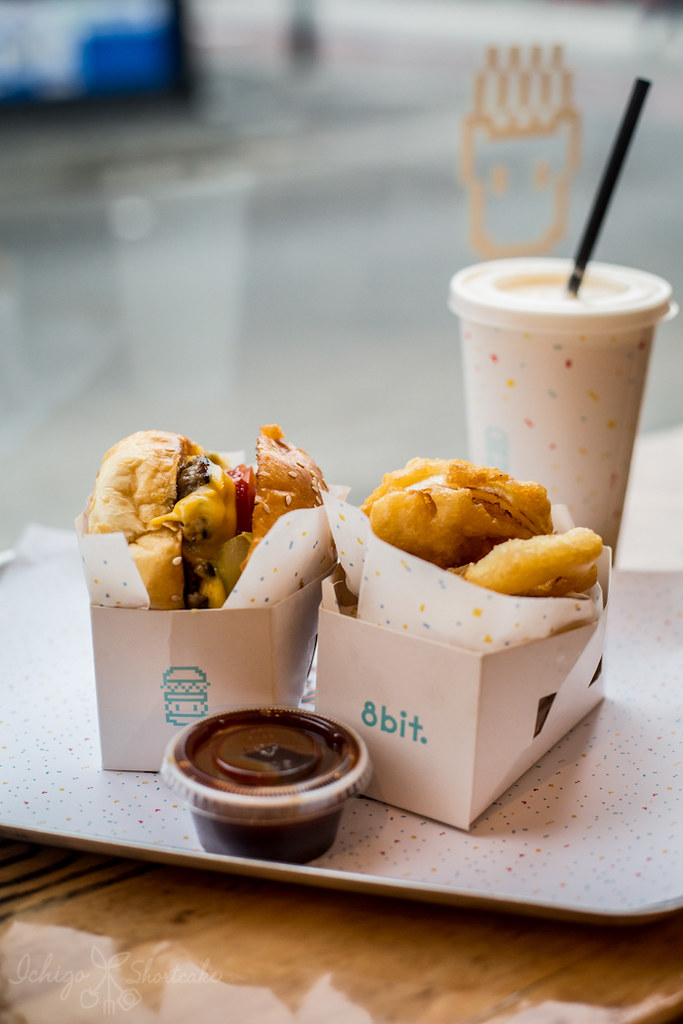 The funny story though was the salted caramel milkshake. The story went something like this:

‘Glug glug glug’ went the caramel sauce bottle, as it poured nonstop into my cup.
“Oops, I think that’s too much caramel sauce” says girl making the milkshake.
“Can I just add more salt to make it better?” the girl asked her colleague next to her.
“Shrug, just don’t add too much” replied the colleague who seemed like she didn’t care.
Then came the salt adding….many spoonfuls of salt later, my drink was ready.

The end result? I got salted caramel concentrate. So much so that even adding a cup of milk was not enough to dilute it. She obviously didn’t think of pouring half of the caramel into another cup. In hind sight, it was worth the money since I could have made many milkshakes out of it but at the time we definitely weren’t impressed. 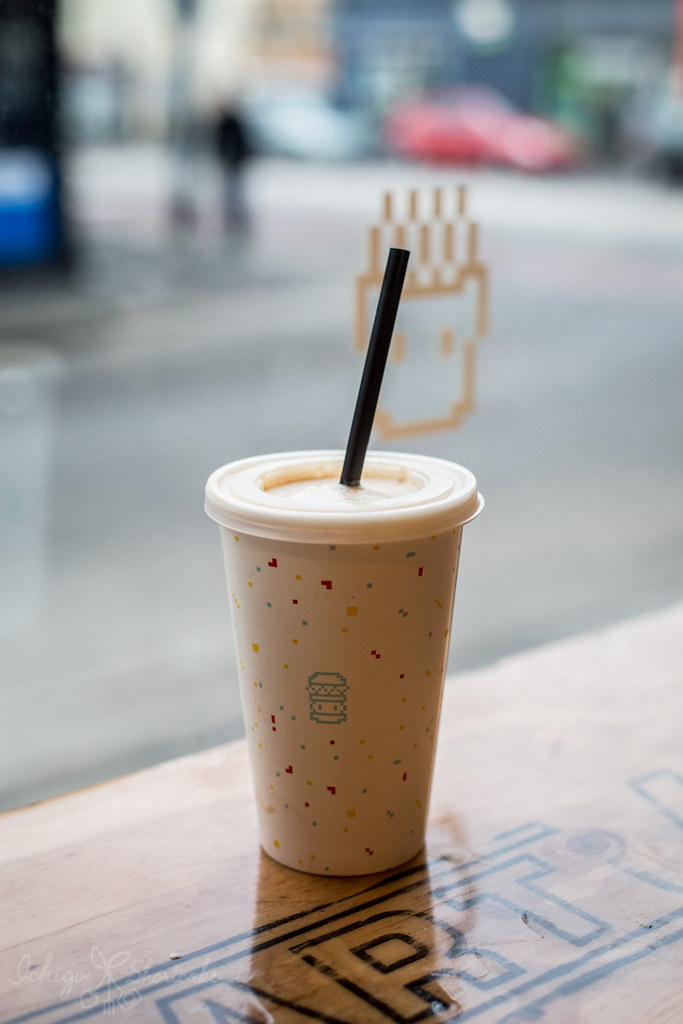 Overall we weren’t all that happy with the meal. The only good thing about the restaurant was the decor and the entertainment factor. The burger wasn’t too shabby but not enough to make up for the oily and doughy onion rings or the caramel milkshake concentrate. There are plenty of better burger joints around to satisfy that burger craving.

I did visit a number of months ago though so maybe it has improved, or at least the girl might have realised she can actually split the caramel sauce into other drinks, or maybe even pour it out.