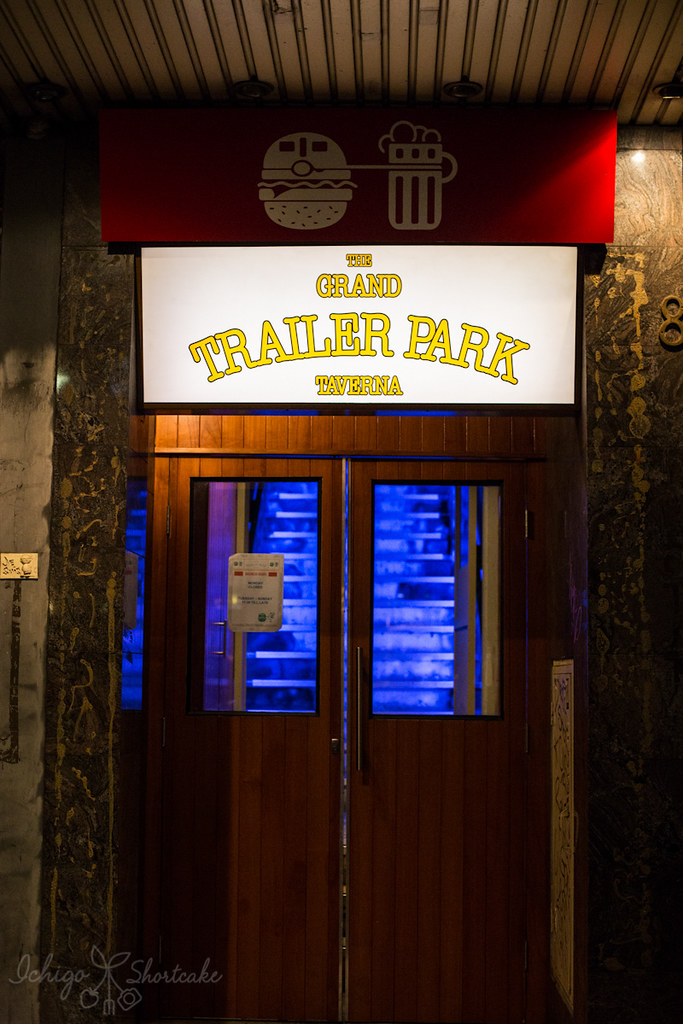 I never would have thought trailer parks would be all that grand, nor would I expect them inside a restaurant! But this burger joint was fully decked out in trailers and similar decor, giving it a very relaxed and unique dining environment. It’s brought to you by the guys behind Dandenong Pavilion, this concept spurred from the desire to provide a dining experience of the great outdoors, but inside. 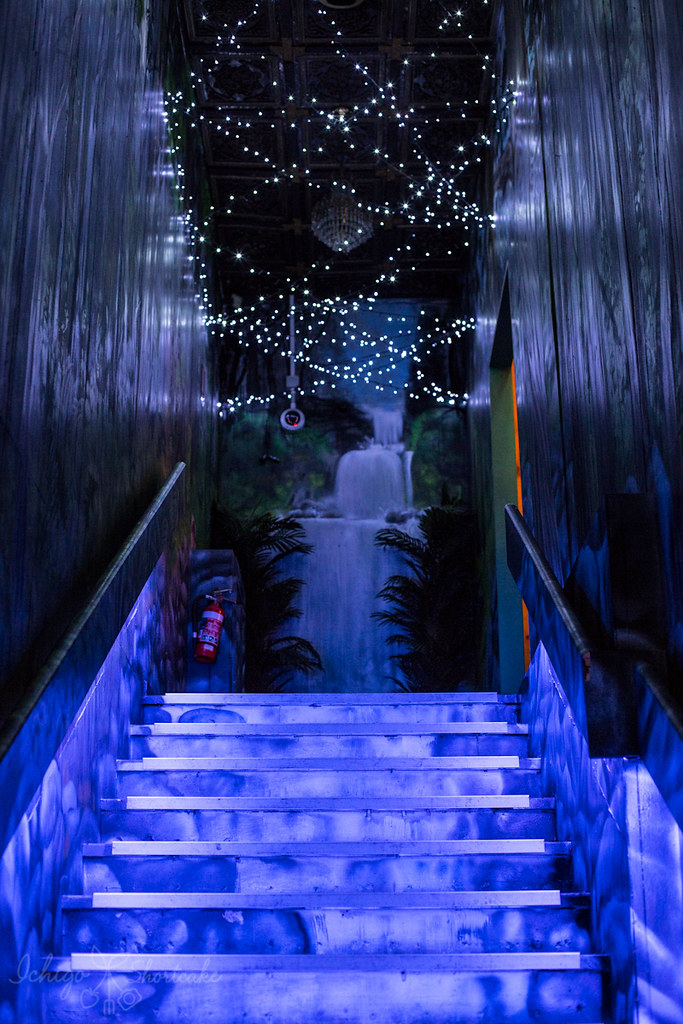 The word Taverna usually associates with Greek restaurants but there’s nothing Greek about this place. Everything about it screams American, from the food, the decor as well as the table setting full of little sachets of tomato sauce and convenient hand wipes. 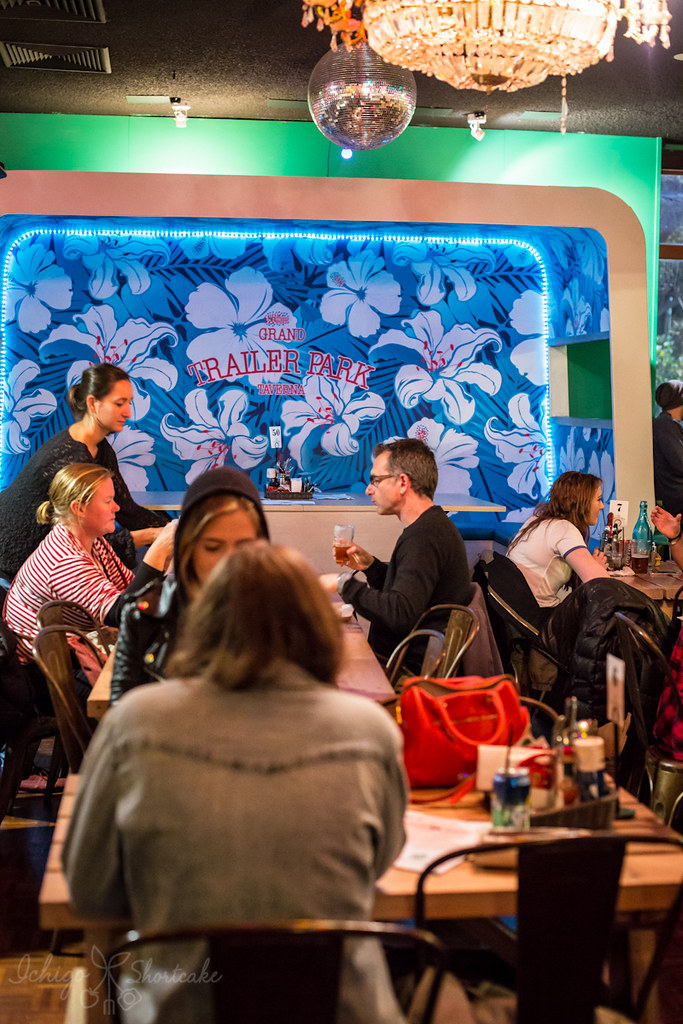 On a Sunday evening, restaurants in the city are usually less quiet than Friday and Saturday nights but the Grand Trailer Park Taverna’s popularity is clear from the full house and huge queues. We were lucky to have dined as a big group but generally they only take bookings for 12 or more so you better come prepared to wait! 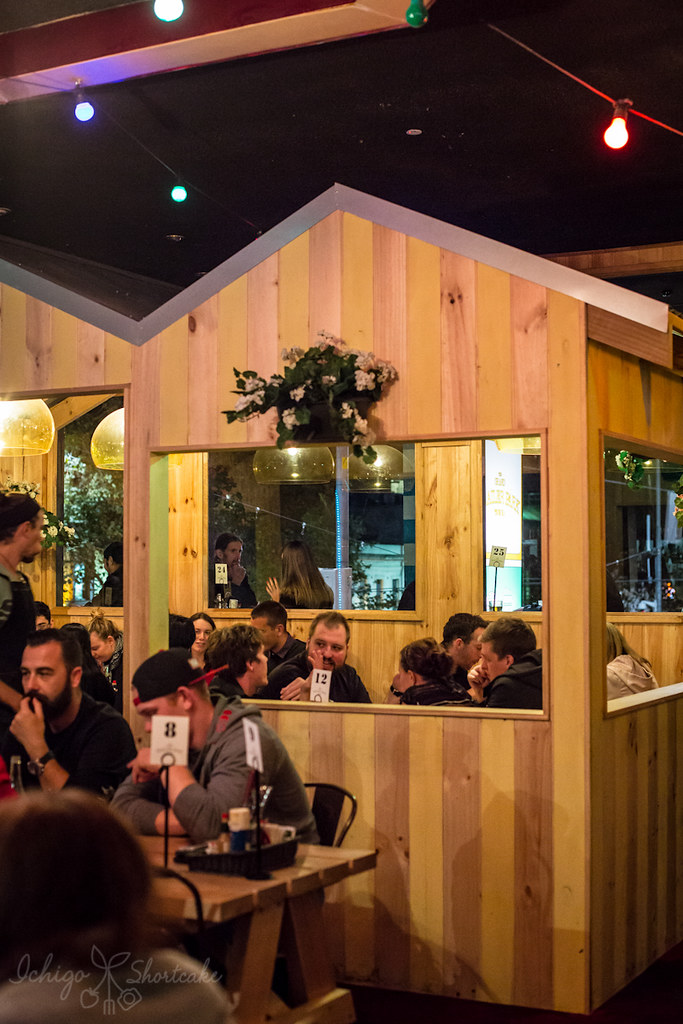 The burger selection here sounded fancy and appetising from the classic KSA to the monstrous Mcdowell, our group ordered nearly one of everything on the menu.

The KSA ($13.50) was the smallest and least fancy but I was told it was still quite filling and tasty. This was made possible with well cooked medium patties that were still pink in the centre and killer condiments and bun. 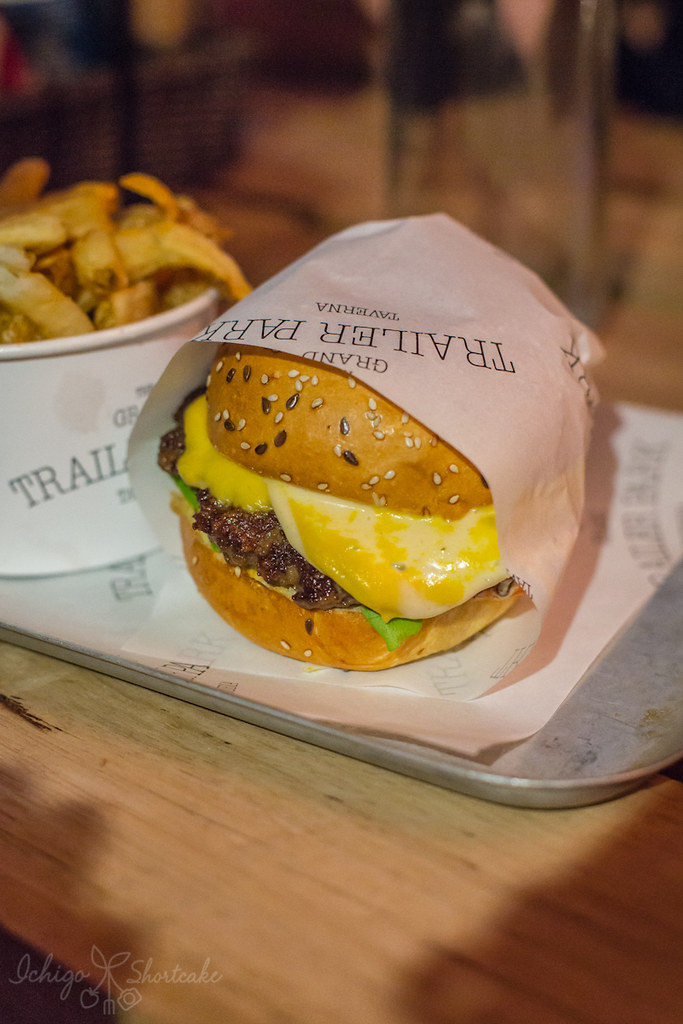 Yuye ordered the Atomic ($16.50) like many in the group did. We thought it was the most unique and possibly great matching flavours out of the lot. Who doesn’t love a good cheesy kransky right? So this burger came with a premium Aussie beef pattie, American cheddar cheese, chilli cheese kransky, crispy bacon, BBQ sauce & truffle cayenne mayonnaise on a lightly toasted brioche bun. Wow what a mouthful to say. The burger itself didn’t look tall or that big but it was so packed full of flavour that it will punch you in the face with it. 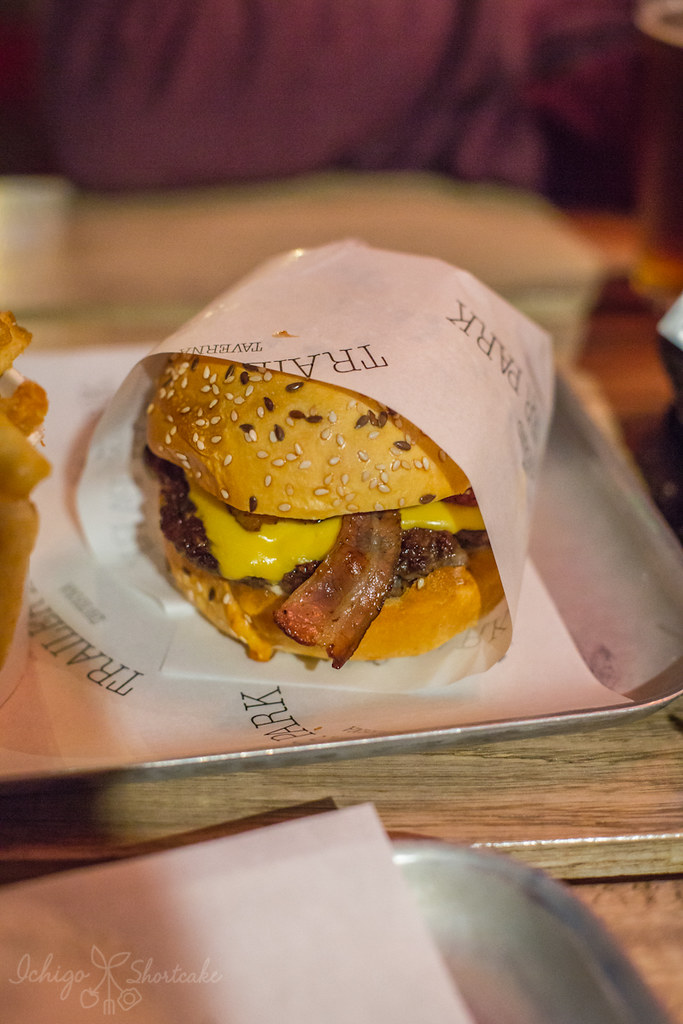 We loved the saltiness and rich flavours the kransky brought to the burger and it wasn’t too difficult to eat, unlike some of the other choices. Overall this was our favourite of the night.

I really couldn’t decide what to order because they all sounded so good and I only had one stomach but after some thought I decided on the McDowell ($15.50). It came with two premium Aussie beef patties, double American cheddar cheese, double Swiss cheese, lettuce & McDowell sauce on a lightly toasted soft white bun. Yes I know it sounds like a huge burger and it was. In essence, it was just like a better version of the Big Mac with three pieces of bun and lots of filling in between. It was a monster and very difficult to eat as the juices went everywhere and my mouth could hardly fit around it. 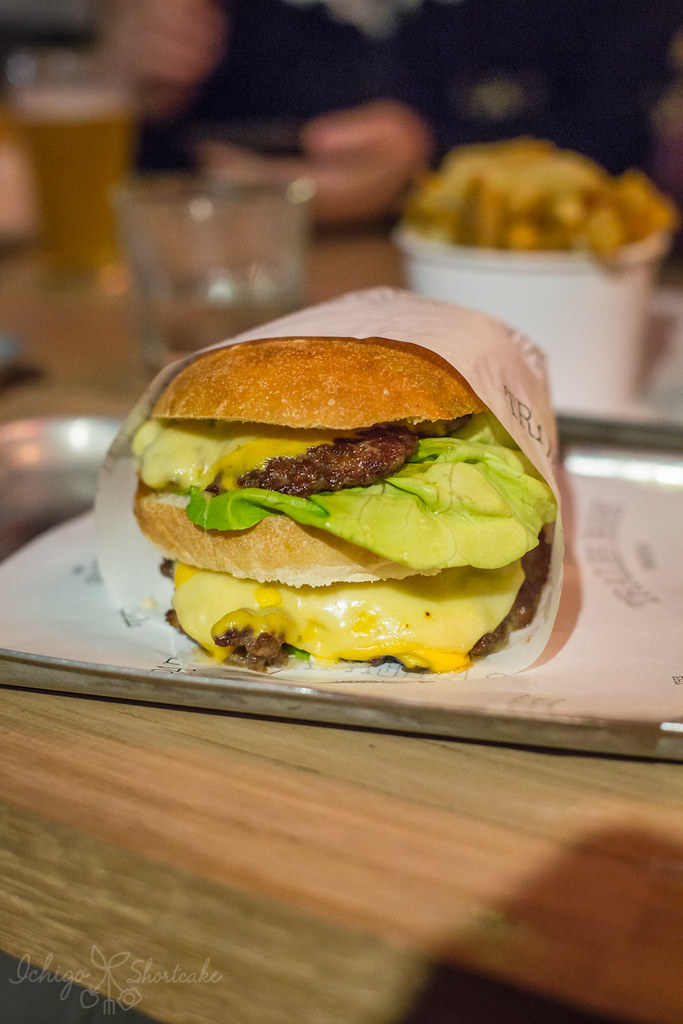 Flavour wise I enjoyed Yuye’s atomic more as it was more salty and flavourful, although the McDowell wasn’t bad either. the McDowell sauce I think is just mayo with chopped up pickles and herbs in it. The burger also looked a little clumsy and not as appetising as the other burgers.

Rach and Y ordered the Francis Underwood ($16) which came with a premium Aussie beef pattie, American cheddar cheese, tomato, butter lettuce, potato mac & cheese croquette, special burger sauce & American mustard on a lightly toasted brioche bun. As soon as I read the mac & cheese croquette in a burger, I was taken by it. This was going to be my choice all along but Yuye talked me out of it, the reason being it will be too filling and I wouldn’t be able to finish it. 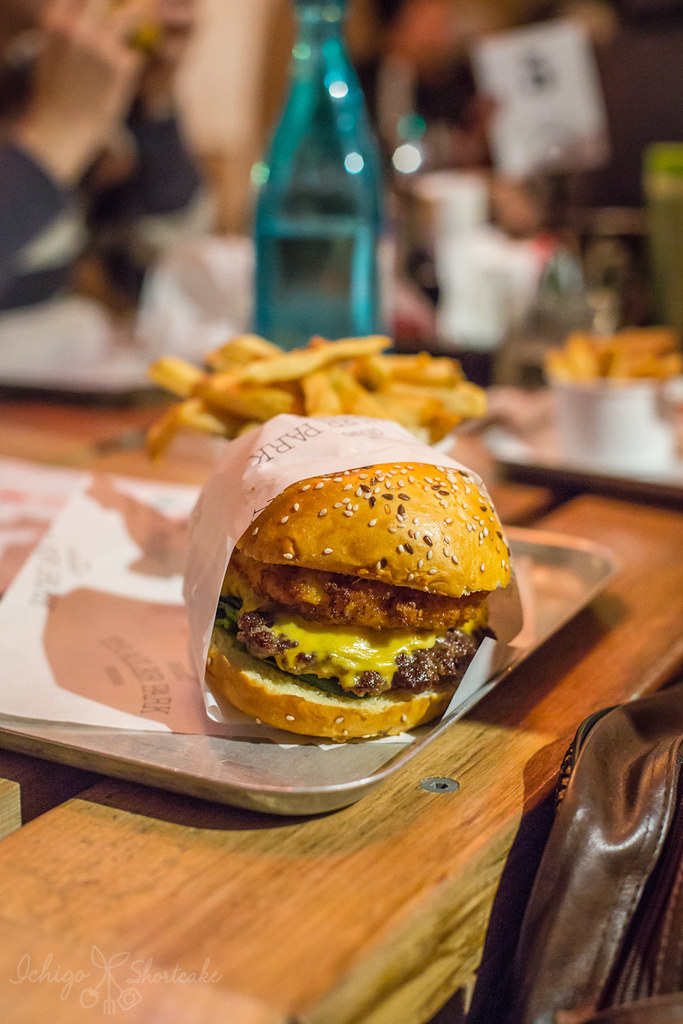 When I saw the burger, I instantly regretted my choice. Yes it was big, yes it was totally unhealthy but hey, it looks delicious right? Rach and Y thought so too, but did end up struggling to finish it like expected. 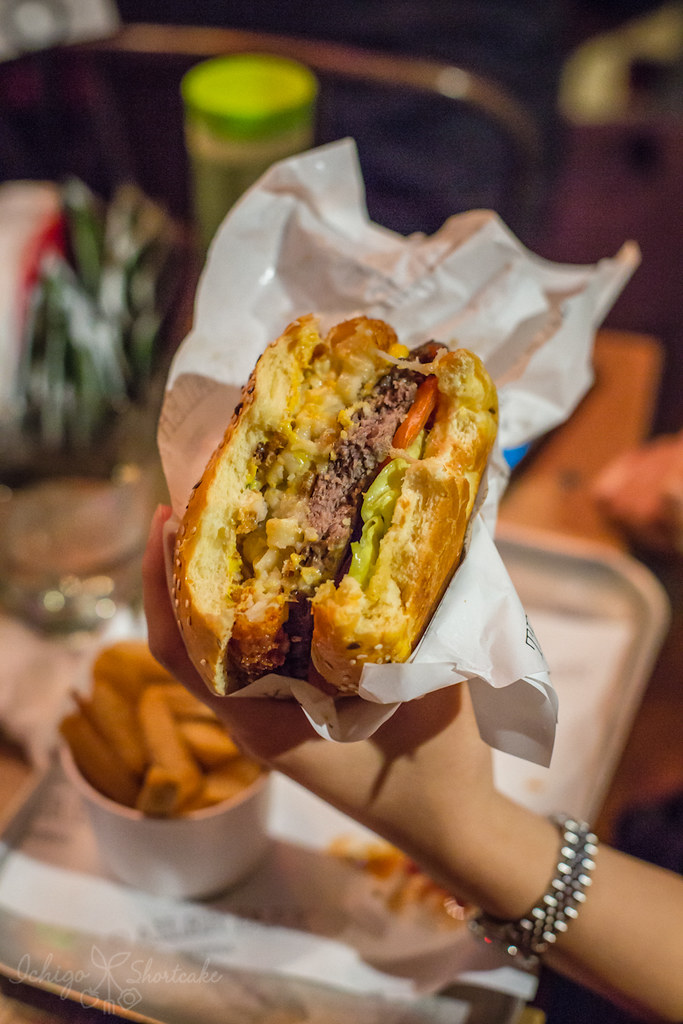 The hand cut chips (large $5.50) were crispy and not too oily and were actual pieces of potatoes. A large was enough to share between two to three people and went very well with the burger. 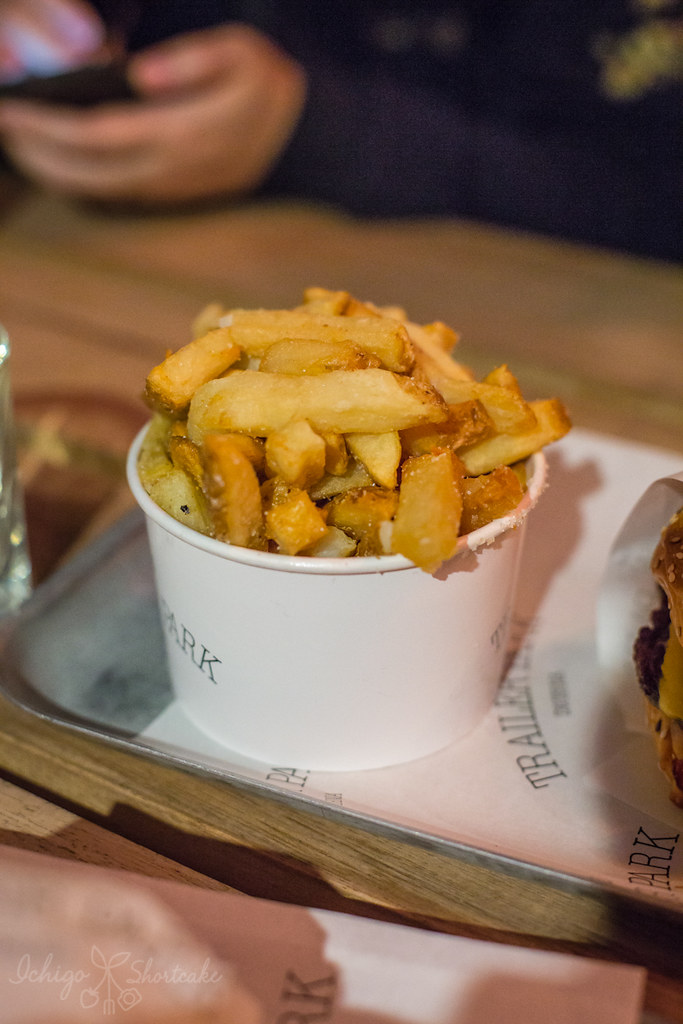 You’d think after eating so much carbs and meat that we’d be too full for dessert. Think again! We decided to share a few desserts between us and it was a no-brainer to order the waffle stack ($10) with fresh house made waffles, filled with peanut butter parfait, freshly whipped cream, fresh strawberries & drizzled with salted caramel sauce. The stack of waffles weren’t actually that big but boy was it hard to cut. 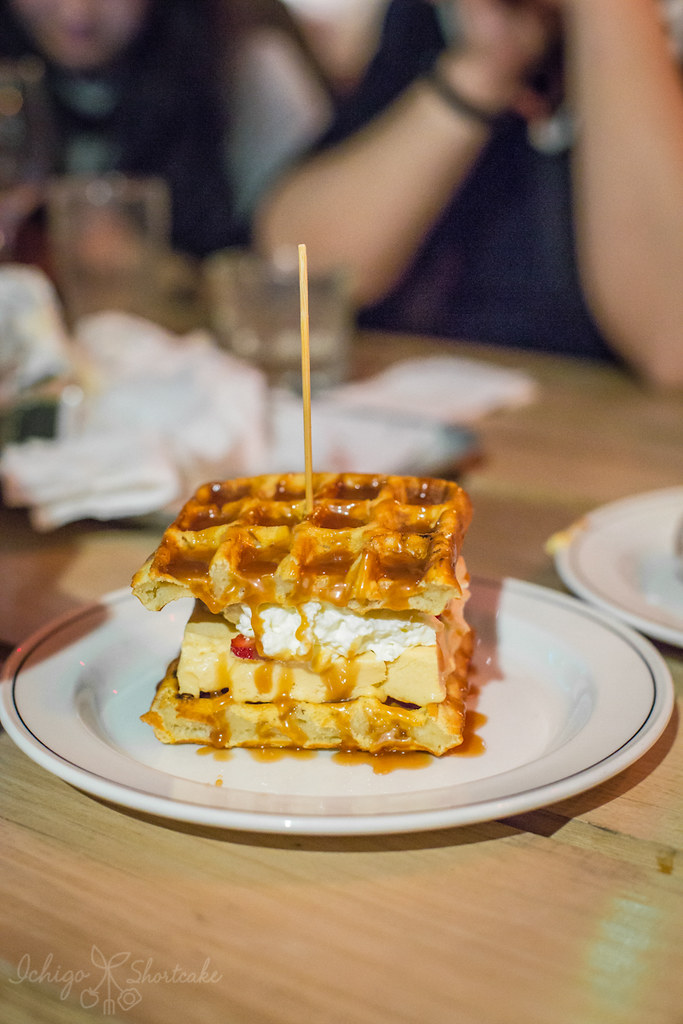 Kenneth did a great job in slowly dividing the lot as the waffles were crispy on the outside, making them hard to cut through and the sandwiched whipped cream and other fillings would ooze out every time he tried. It was a perfect blend of flavours and surprisingly wasn’t too sweet. The fresh strawberries added a bit of freshness (although could’ve done with a few more) and the lightly salty sauce gave it extra flavour and again helped to cut through the sweetness.

The Nutella doughnuts ($9.50) were coated in a thick layer of sugar which made them a bit too sweet for my liking and it was a unanimous vote that the waffles were the better choice. 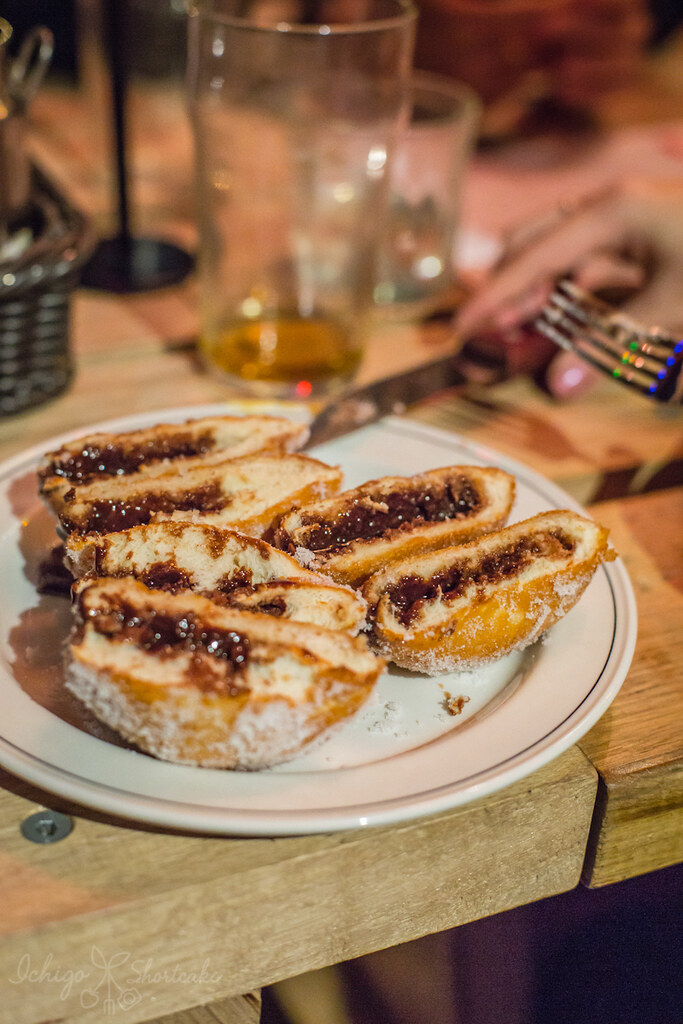 It’s not every day I get to end my meal with dessert as most of the time Yuye and I are too full to fit anything else in so going with a group was a good idea. Don’t think I could have finished any of the desserts by myself! The meal was thoroughly enjoyed and we left with satisfied bellies and it wasn’t too much burden on our wallets either. I’m sure we will be back very soon for another burger and waffle fix.