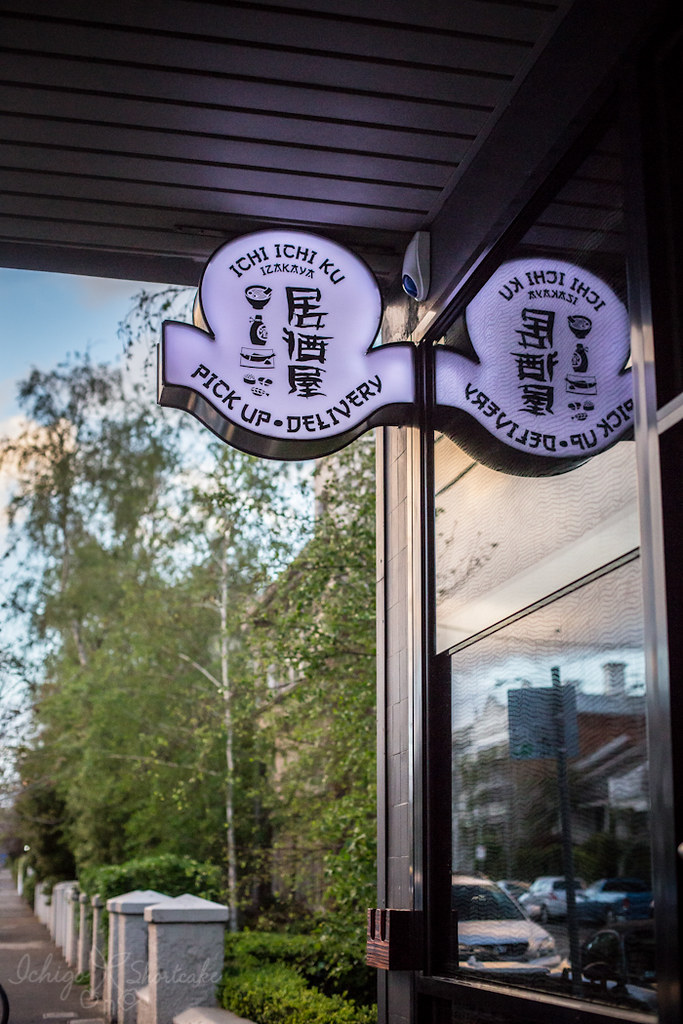 “Does my hair look good? How about my makeup? I’m feeling butterflies in my stomache.” Said a high school girl on the train that I overheard once.
“You look fine sweetie. Don’t stress, he’s not going to notice.” Replies her friend.
“But first impressions really matter and I want to look my best…” said the flustered girl.

It seemed like she was on her way to a blind date set up by a friend. 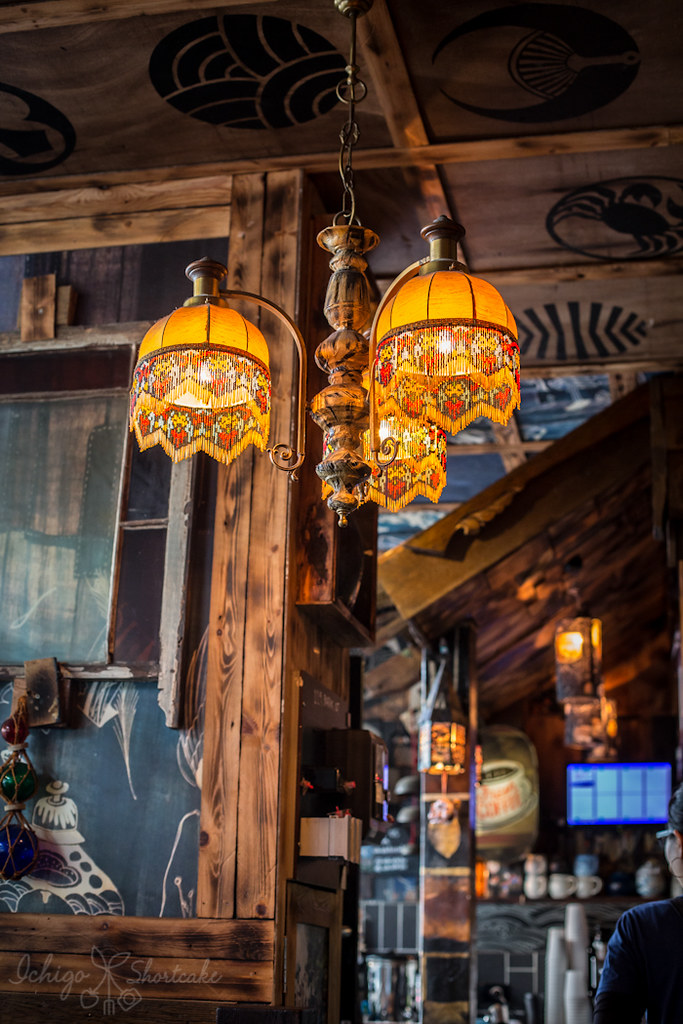 It made me wonder, are first impressions really that important? I never bothered much when I started dating Yuye, but then again we had known each other for years before that so he’s seen me at my best and my worst already. 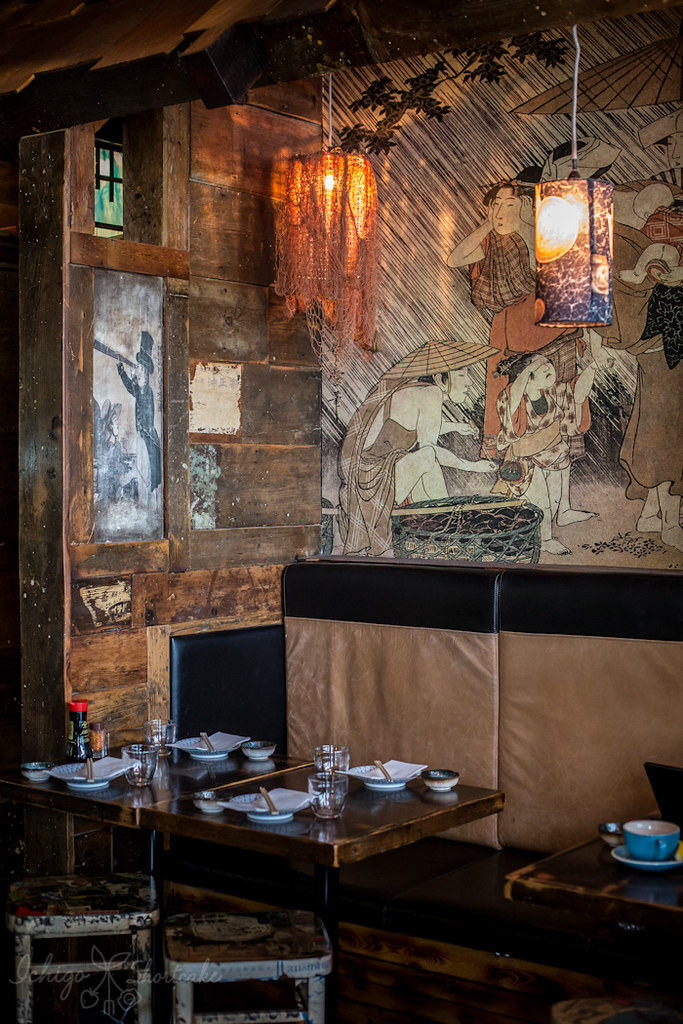 Unlike most people whom you might meet time and time again, some restaurants will only get that one chance. If the first impression isn’t good, the patron might never return. So it’s very important for restaurants to be at their best all the time. 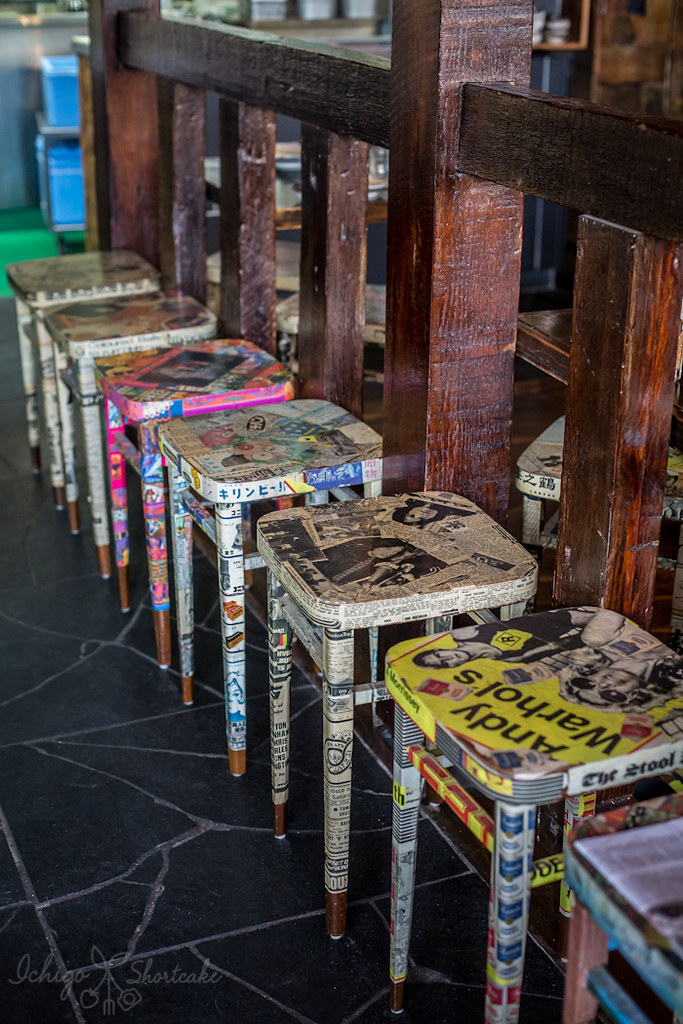 One of the first things that a customer notices is the decor of the restaurant. Ichi Ichi Ku in South Yarra really has that all covered. Although the shop is very small to say the least, they’ve done very well at packing interesting ornaments and decorations into every available space while not overcrowding it. 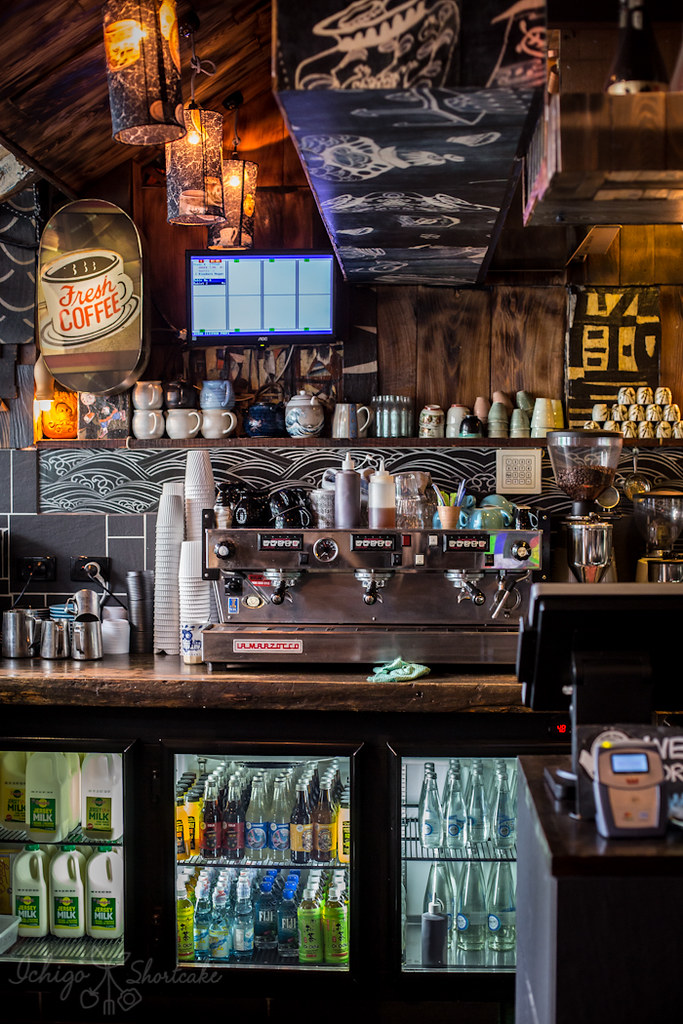 It was love at first sight for me. With their decor that is. It was such a windy day that I was very glad to finally be sitting down (after battling with the wind from the car just down the road). As we arrived early, we scored a table instantly. It was thankful too because another half an hour later the place was full to the brim. 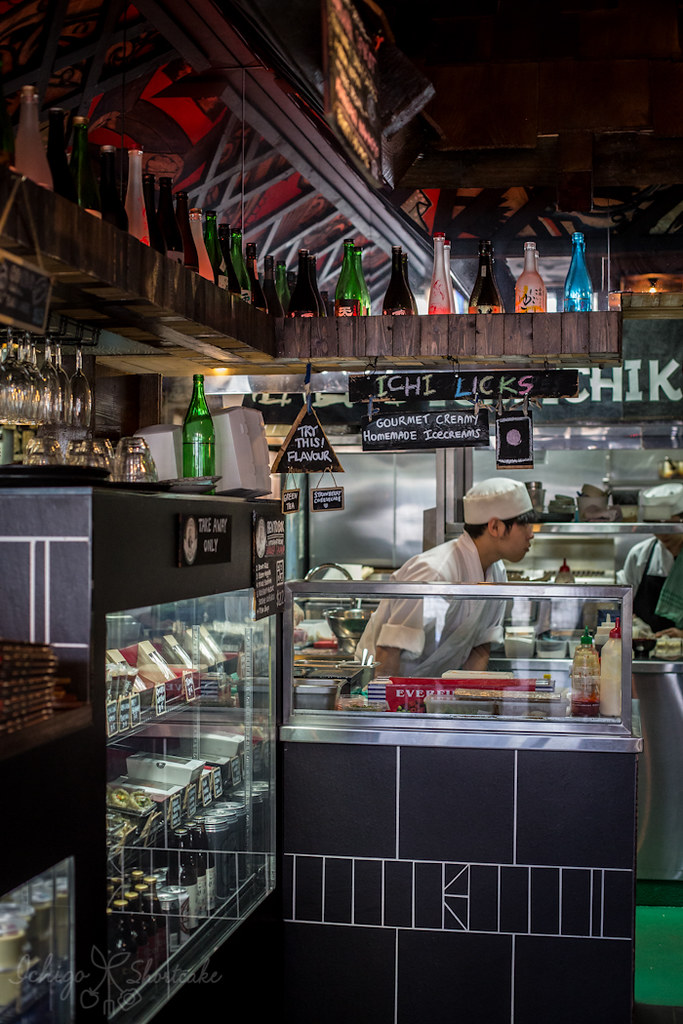 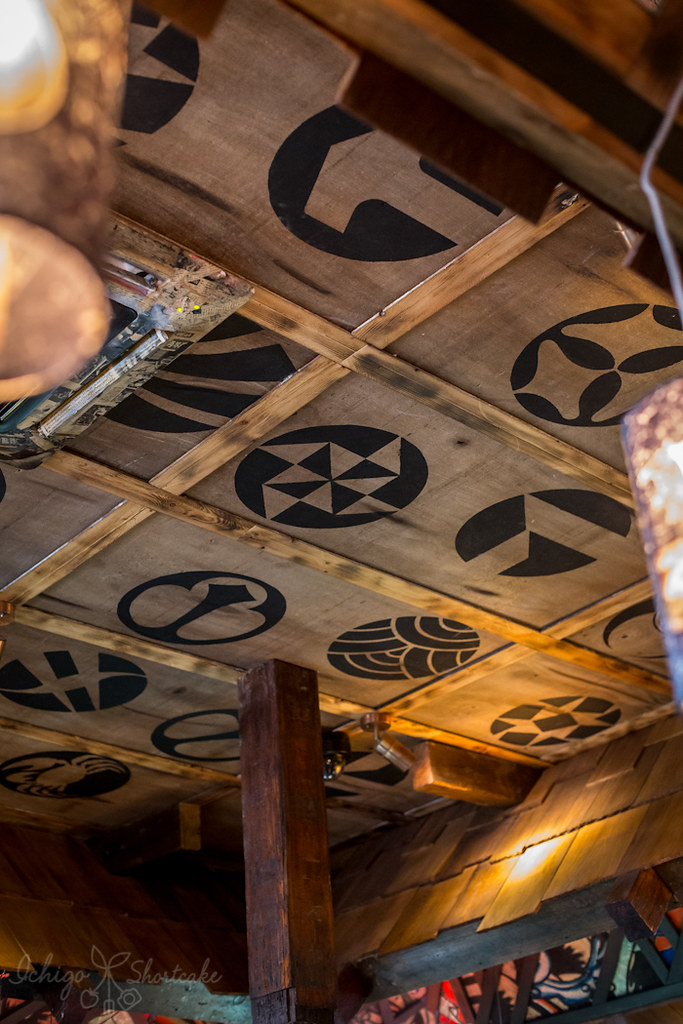 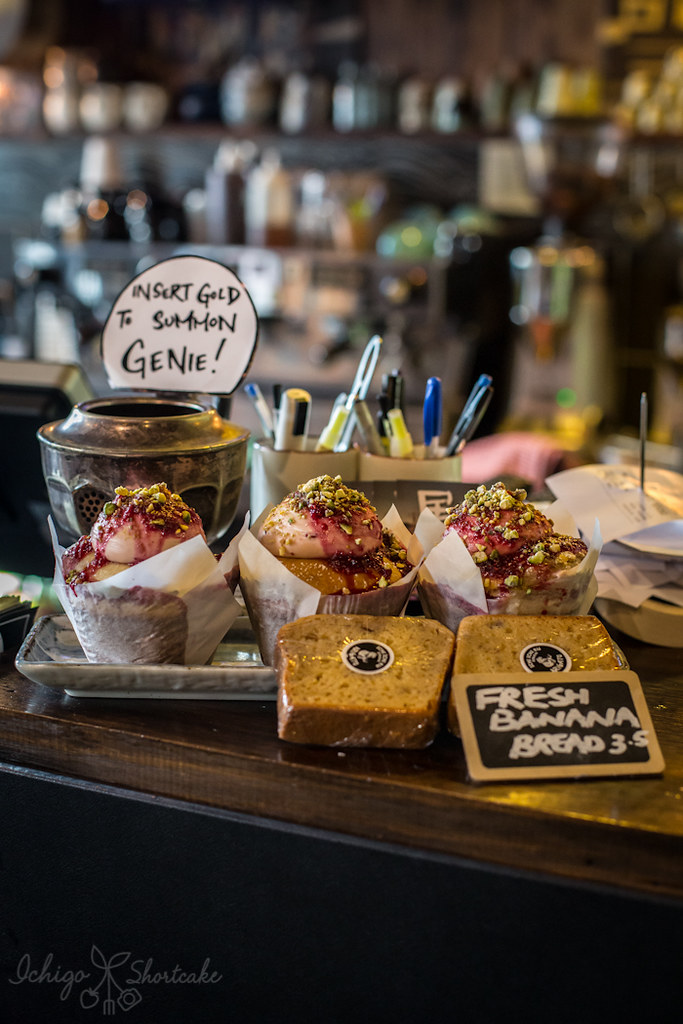 Not the most traditional in the Japanese cuisine sense but they do have their own take and twist on the dishes. We ordered a carbonated sake to start our night called Kizakura Happo (300ml – $16) and it was slightly sweet with a good amount of fizz. As I’m really not used to having fizz in my sake, it was a little strange at the start but I quickly grew to like it. 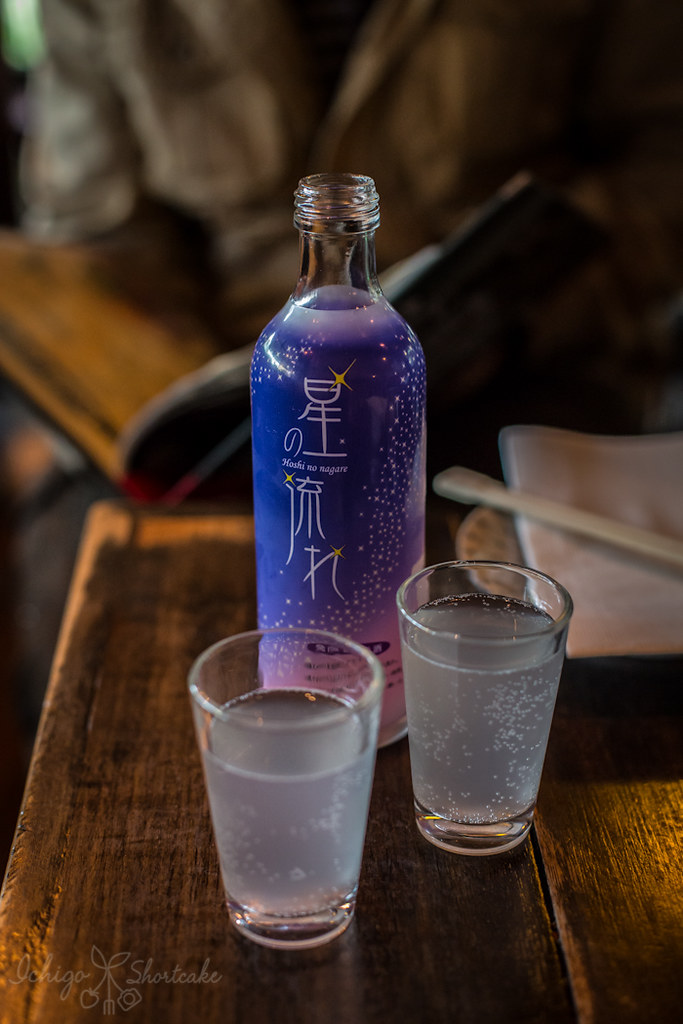 Our first entree was the hotate – scallops baked in cream and mushrooms ($6 a piece). It was so rich and creamy and umami. It had me salivated. But unfortunately this dish seems no longer available since I can’t find it on their menu anymore. 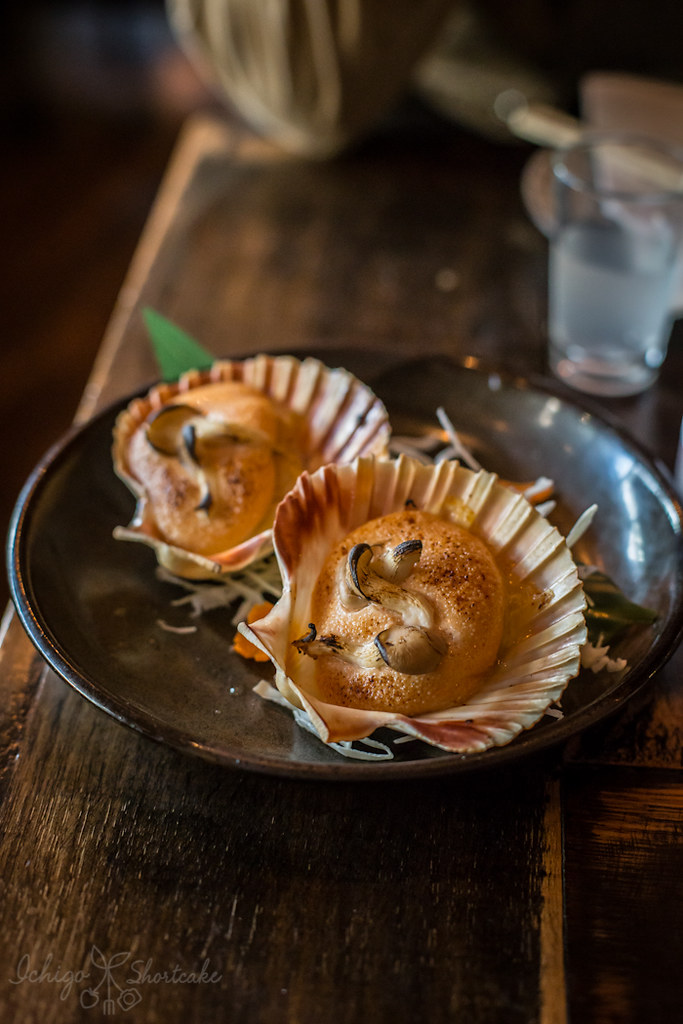 The second dish we ordered was the Ichi Ni Roll ($25) which consisted of 8 pieces of sushi rolls with lobster, avocado and cucumber inside, topped with a piece of seared salmon belly and a blob of mayo. I really enjoyed the flavours of this roll, especially that it has brown rice which is meant to be healthier for you. The amount of mayo on top though became a bit heavy towards the end, especially because we ordered a lot of heavy dishes. 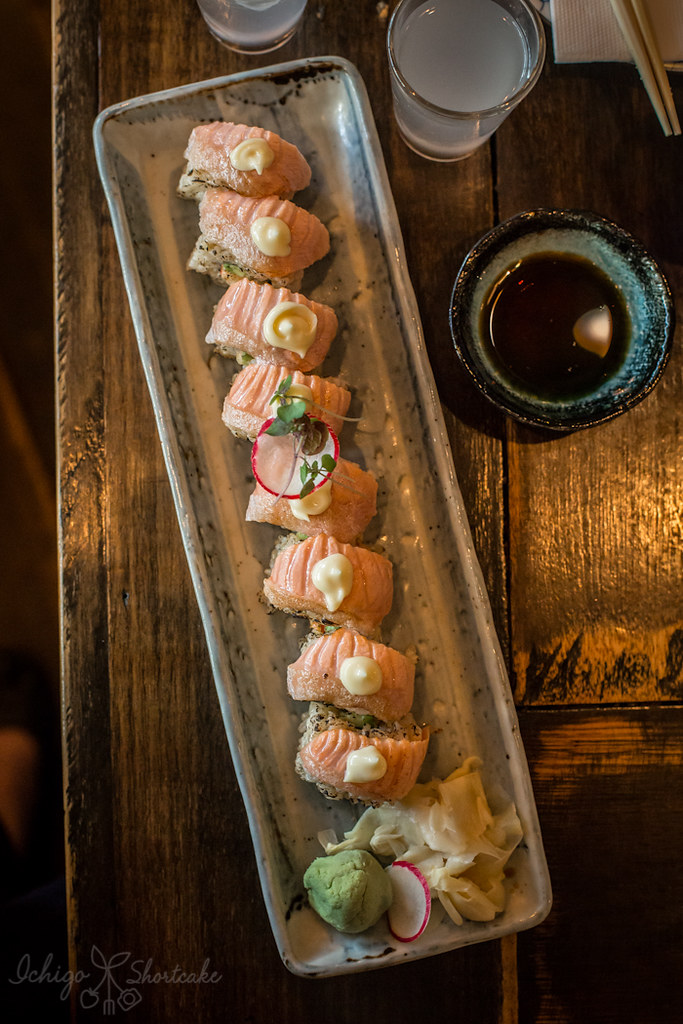 Upon recommendation, the third dish we ordered was the ebi mayo ($12) which had 5 pieces of deep fried tiger prawns in a spicy mayo sauce. Yes, another mayo dish. I think I had enough of mayo by that stage as it really was getting a bit heavy. The dish wasn’t bad in itself, the batter was crispy although a tad thick, the prawns were cooked well as it was still juicy inside and the balance of flavours were good. It was just too much mayo. 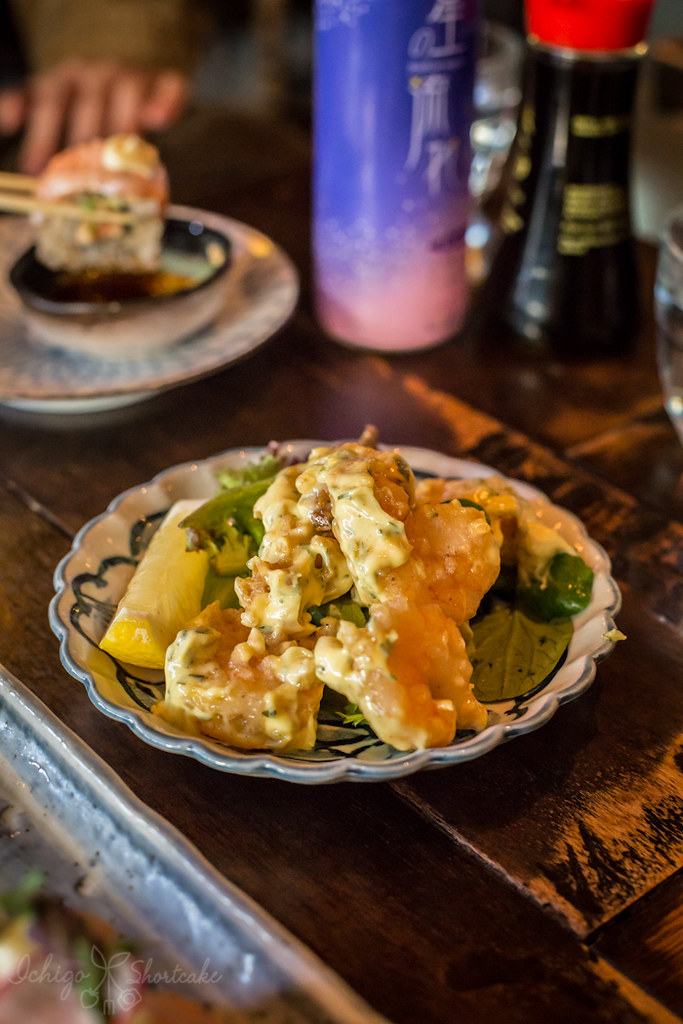 Our next and last dish was the Torikara (karaage – $12) which is deep fried marinated chicken served with a lemon wedge and mayo. Yes, another mayo dish. I think we weren’t thinking properly. Again, it wasn’t a bad dish. The outside was crunchy, the meat was juicy and tender and it was tasty. It was just the mayo. 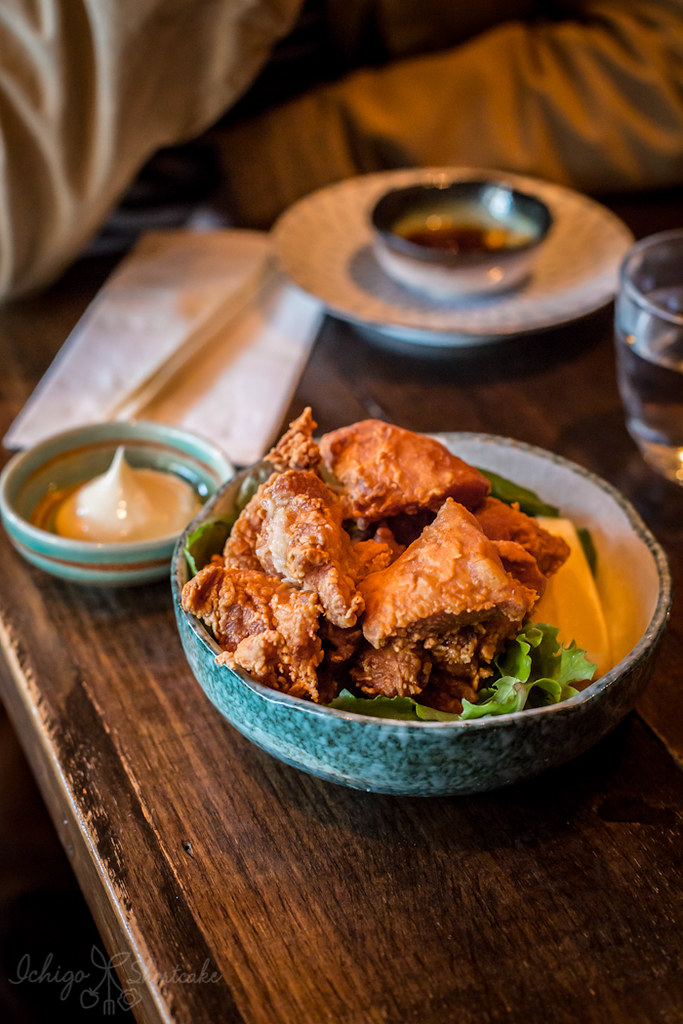 In hindsight, we really should have ordered a salad or sashimi or even a rice or noodle dish instead of some of the fried dishes with mayo. That made us very full and a bit over mayo for a while.

I really wanted to have a dessert as well so decided to order one anyway. I ended up ordering the green tea tiramisu ($7.50) which was very typical of me but we didn’t actually like it all that much. The texture was a bit too thick and it was more like a cheesecake consistency than a tiramisu. Either way, we left feeling like we didn’t enjoy the meal as much as we should have due to our choice of dishes. 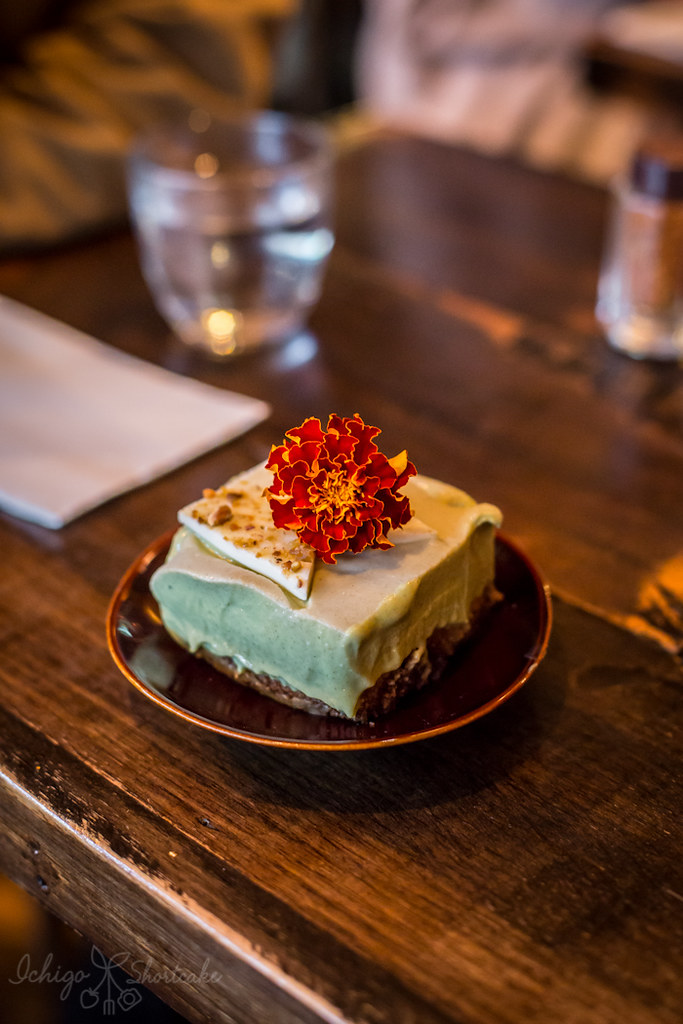 It’s by no means a bad restaurant, but I do recommend you mix up the dishes unlike what we chose. Perhaps a tapas dish or two plus a sushi and a donburi or udon dish would have been a better choice. Either way, I still love the decor of Ichi Ichi Ku and it still stands as one of the nicer ones I’ve come across in Melbourne so well done on that front. If we’re back in the area and decide to give them another go, I would stay away from the mayo. 😛

I forgot to mention earlier that Ichi Ichi Ku does home delivery! Whether it’s food or drinks you want, just hop onto their website and you can do just that for a small fee but you do have to register on their website to use that service. They also do breakfast and coffee which would be something I’d love to try in the future.

Question time: Do you think first impressions are very important in judging a person/restaurant? Would you normally give them a second chance if the first impression wasn’t good?