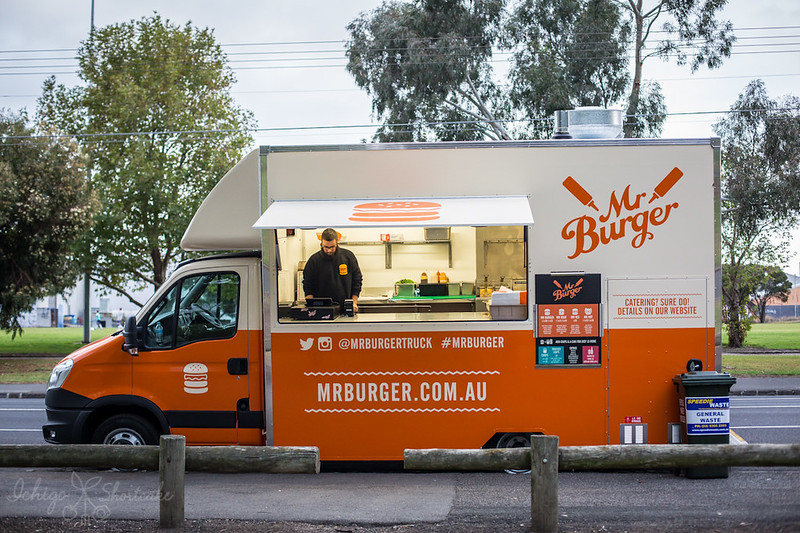 When I ask Yuye what he wants to eat for lunch or dinner, more than half the time he replies ‘food trucks’. He doesn’t specify what type, whether it’s burgers, tacos or some other type, I think it’s just the idea of eating freshly made food from a moving location that’s so appealing to him. The desire to hunt it down somehow makes him happy, and of course the few times we’ve had such food it was delicious too.

New food trucks have been appearing in Melbourne’s various locations consistently since a few years ago and has become a very popular dining choice. Good for us I say because I totally love that street food feel. 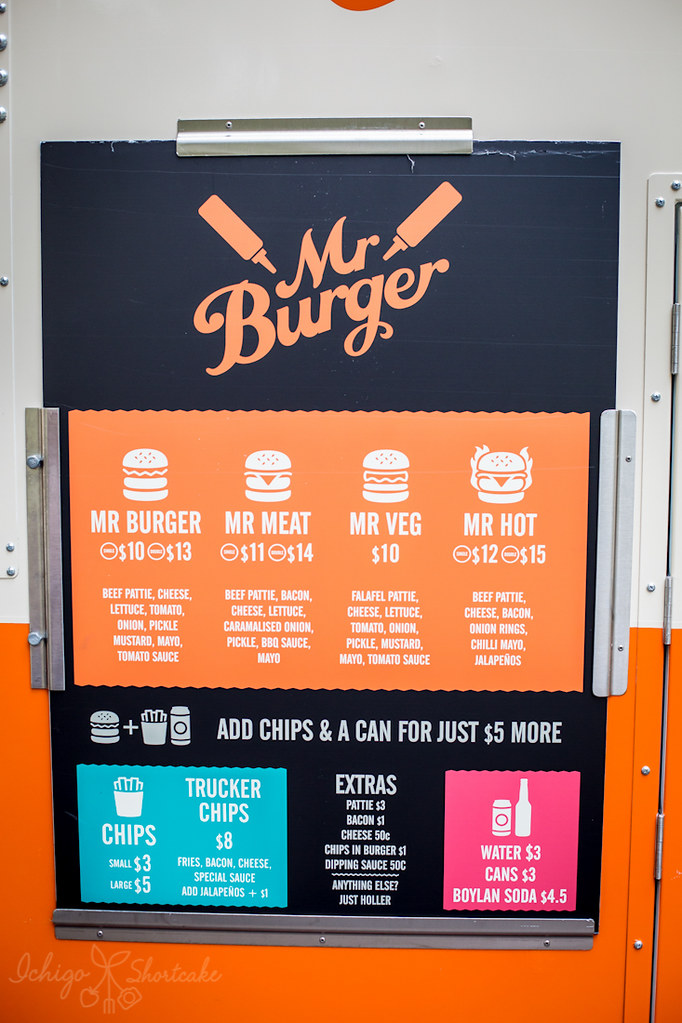 While we were on our way to the airport to pick up Yuye’s parents, we decided to eat at a food truck beforehand. Yuye was in charge of looking up the location but when we parked, we realised that the truck didn’t operate until dinner time. It turned out that there aren’t many food trucks operating in the late afternoon. After some driving around we decided to stop outside a Mr Burger location and wait for it to open at 5pm. 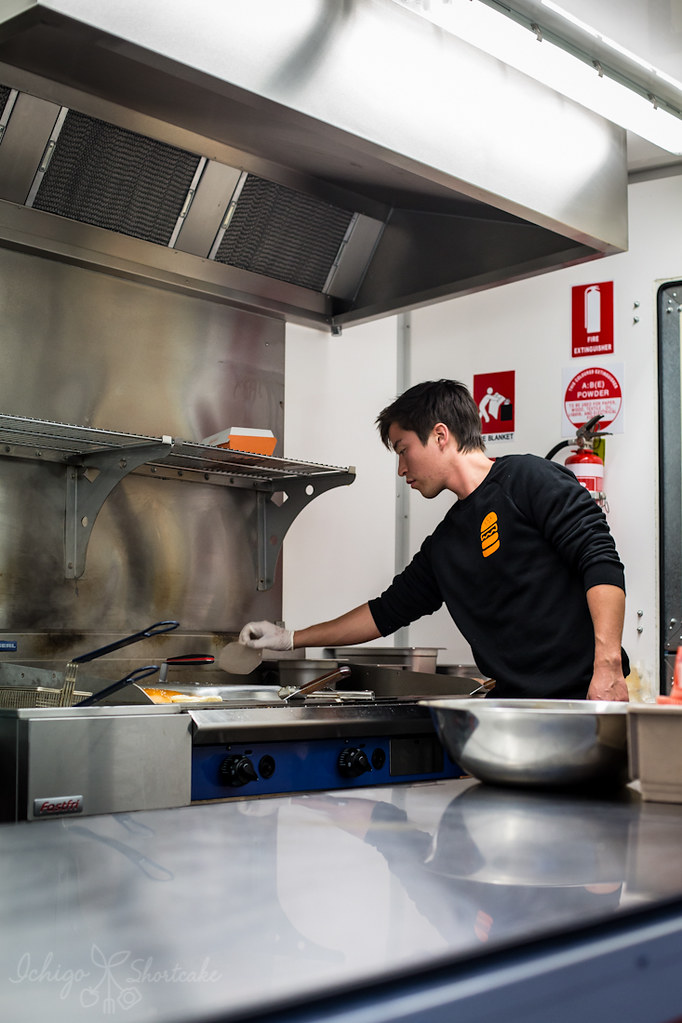 My stomach was growling so audibly when we finally received our food. We literally chowed it down in a matter of minutes. It was that delicious, perhaps partly because we were that hungry too.

Prices here are quite reasonable as well.

I ordered the Mr Hot with a beef patty, cheese, bacon, onion rings chilli mayo and jalapenos ($12). They really don’t skimp on the ingredients and I had a whole layer of jalapenos. It was actually very chilli and I had to pull some out. 😛 It was quite a tasty and filling burger. The patty was thick and juicy, seasoned and cooked just right. 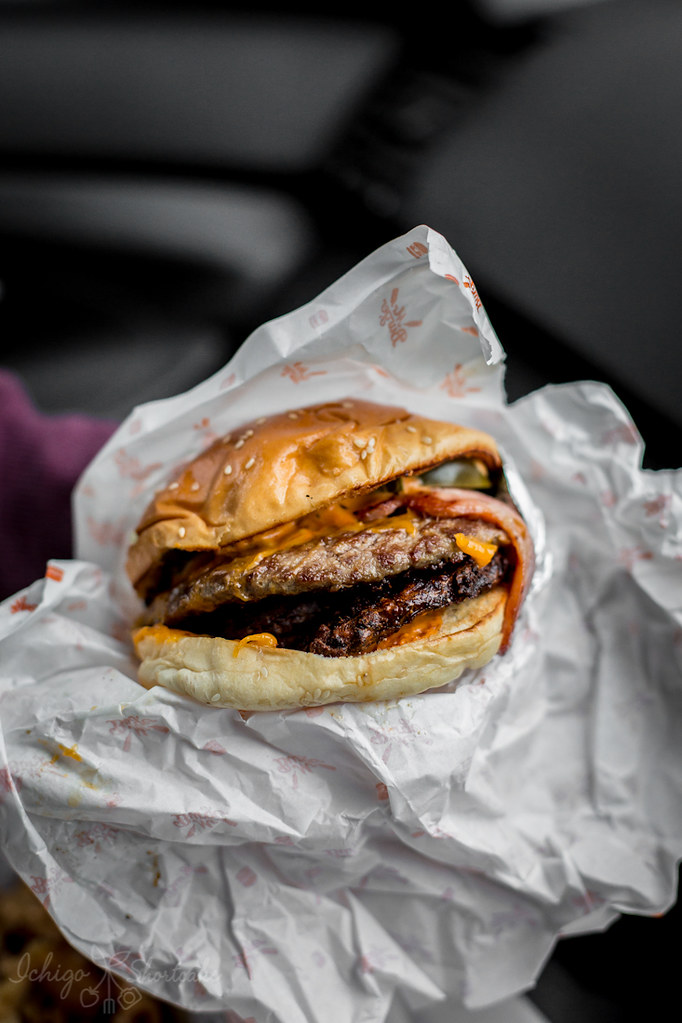 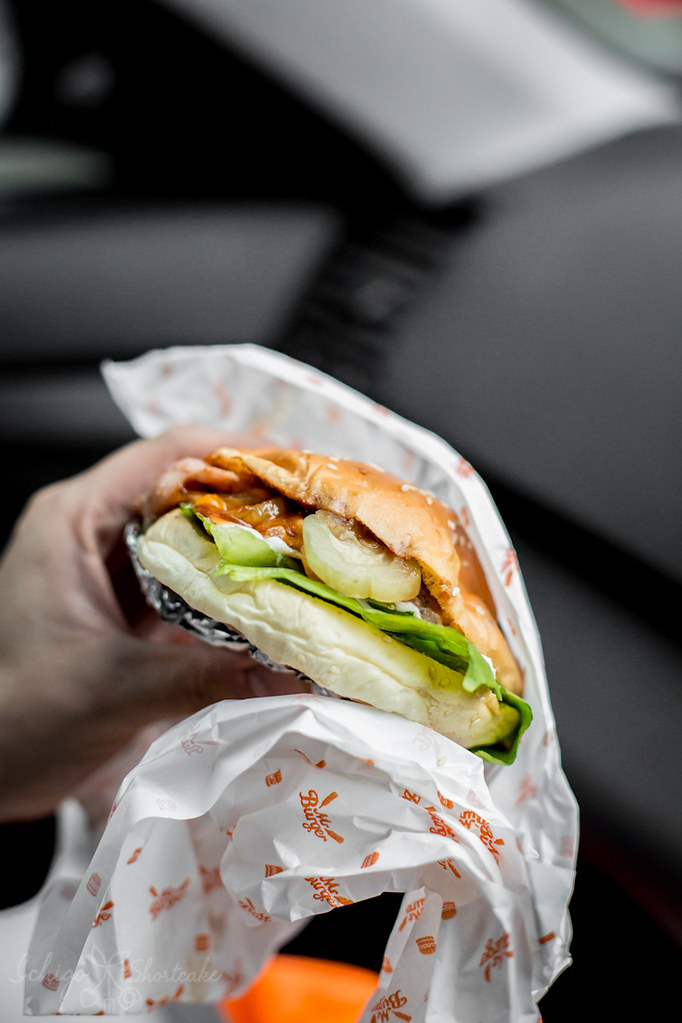 To go with the meal, we also ordered the trucker chips ($8) which was a huge box of fries topped with cheese, bacon and a special sauce. We absolutely loved it. It was the most fatty food you can possibly eat but what the heck. We were thankful that we didn’t get double patties ($3 extra) because it was totally enough food for us. 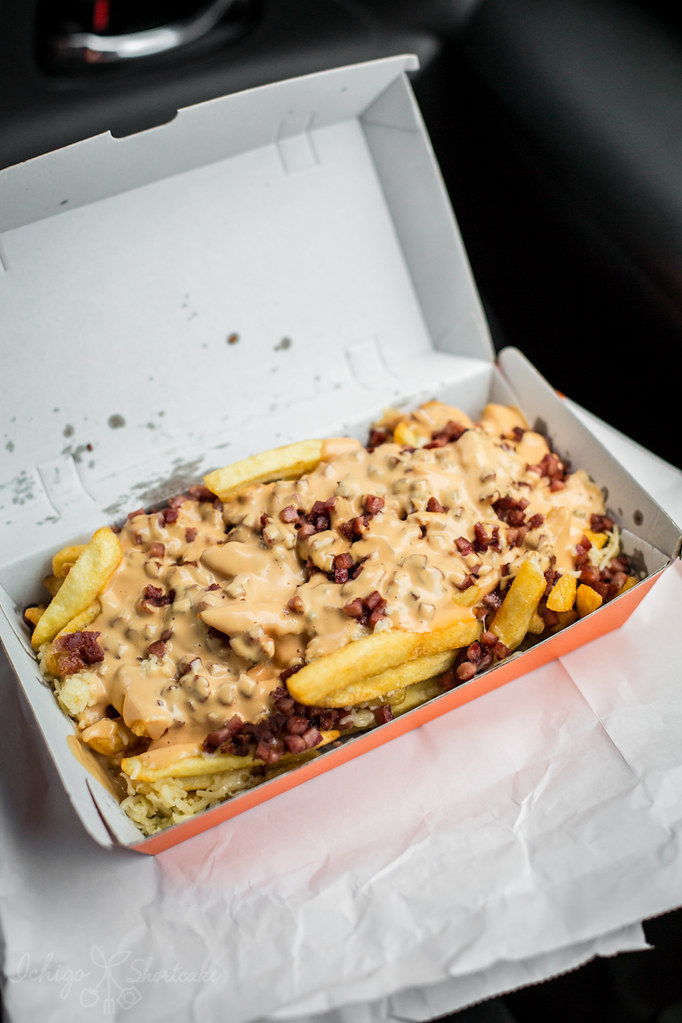 A few weeks after we decided to visit their permanent shop on Brunswick Street since we were craving for some trucker chips again. Where Mr Burger has opened used to house Phat Brats which has now closed. The layout of the shop and the decor is similar to before. The red exposed bricks and bright orange furnishing is quite suitable for the food. I just wish they had slightly more comfortable seating. 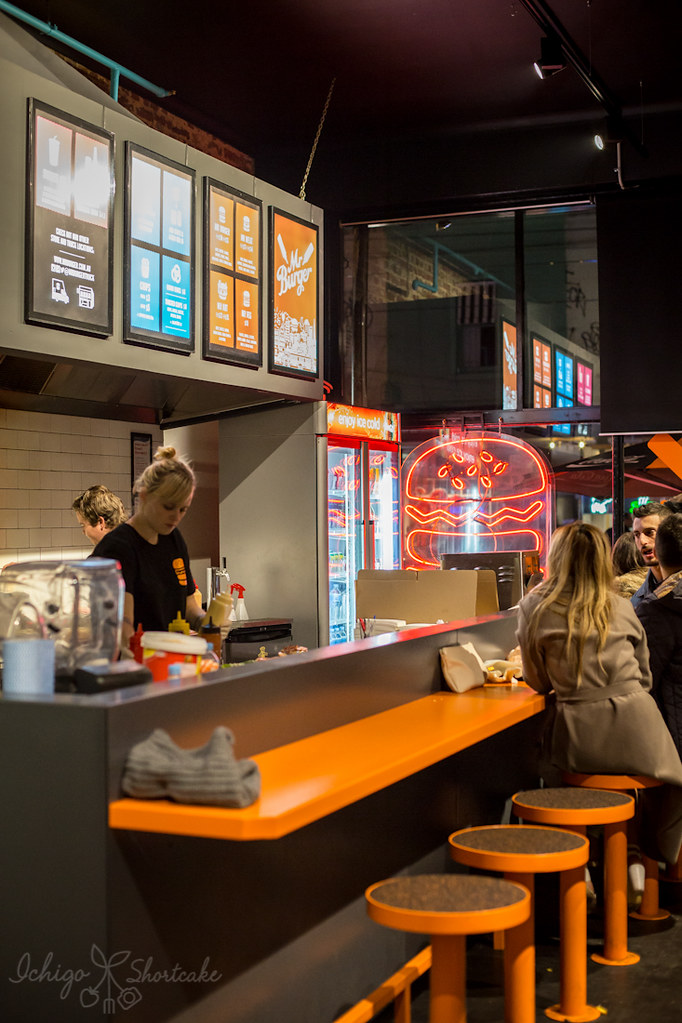 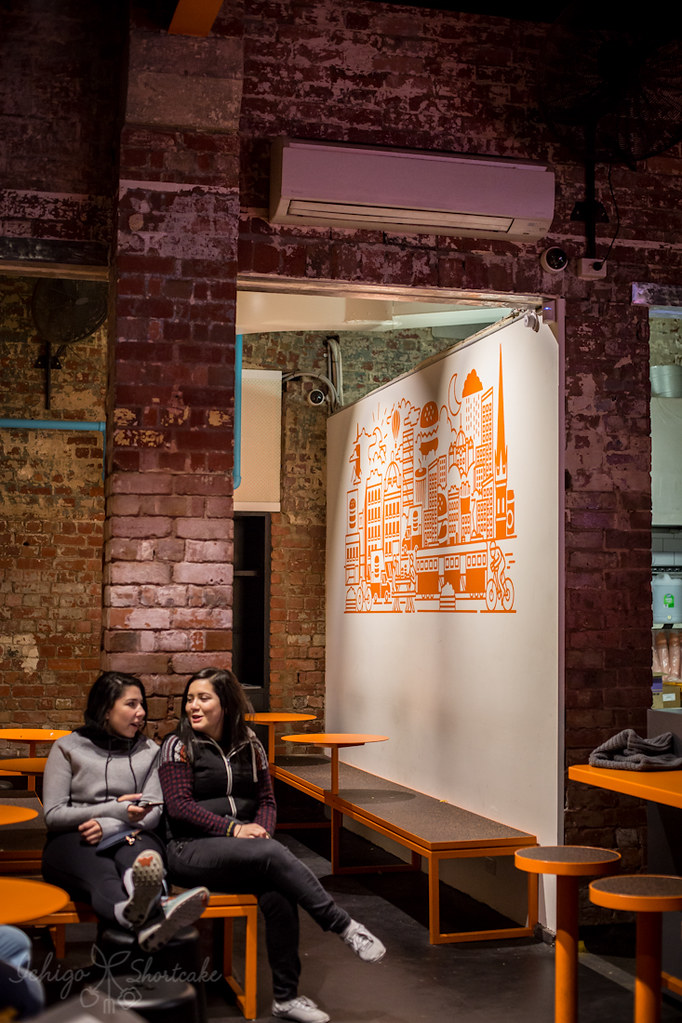 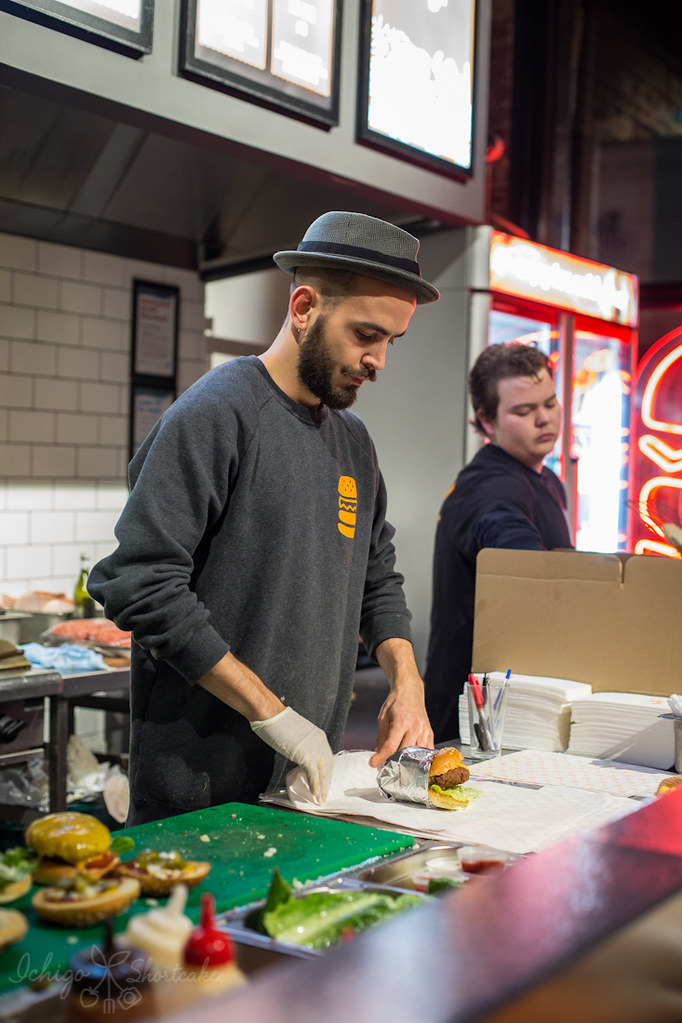 Yuye ordered the Mr Meat again and I decided to try the Mr Burger ($10) which came with beef, cheese, lettuce, tomato, onion, pickle, mustard, mayo and tomato sauce – a classic burger combo. The patty again was great but I think I preferred the Mr Hot more. This burger was just a regular burger that didn’t really sing for me. 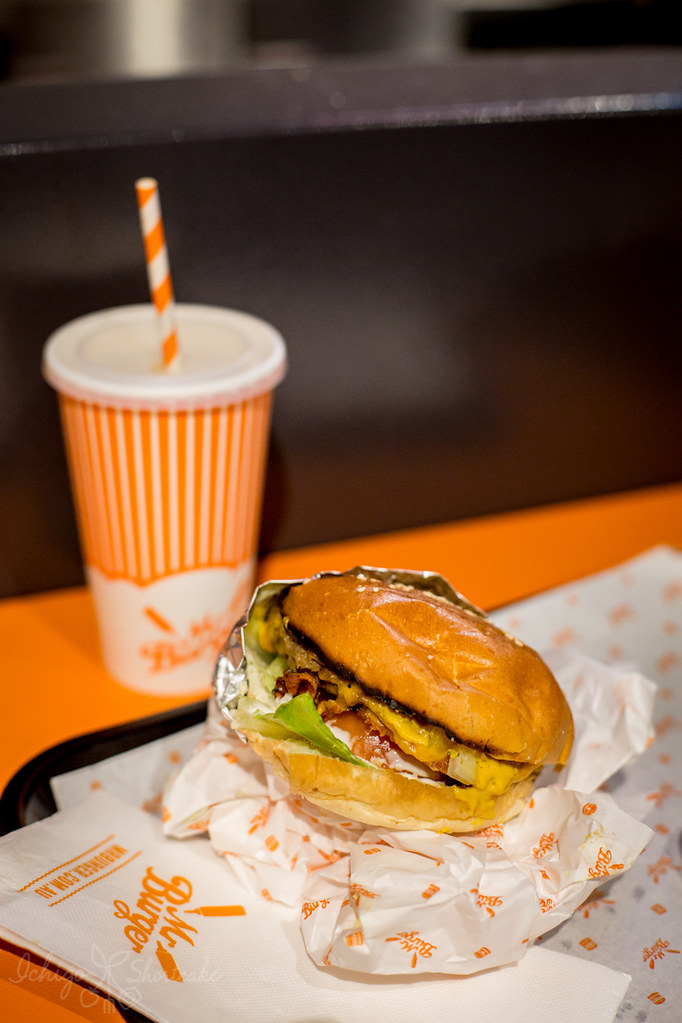 Of course, we had to order the trucker chips again. It was just as good as I remembered, apart from seemingly less sauce than what the truck gave me. When I got to the bottom layer of chips, I was out of sauce and toppings which was a bit sad. We still finished all of it though.

Chasing after the truck somehow was more fun and not sure if the truck actually made better food or not but that was my gut feeling. Perhaps next time I will try out their other locations and compare the findings.

Overall we liked the burgers and loved the trucker chips. There are of course better burger options out there if you’re talking about the permanent stores (like Rockwell and Sons and Brother Burger just down the road) but it’s a cheaper and not bad option if you’re in the area and course of if you’re near where the trucks are then I highly recommend giving them a go.

For locations of their trucks, visit their website at http://mrburger.com.au/. They also have other permanent shops in the CBD, South Yarra and the Queen Vic Market, the locations are also located on their website.