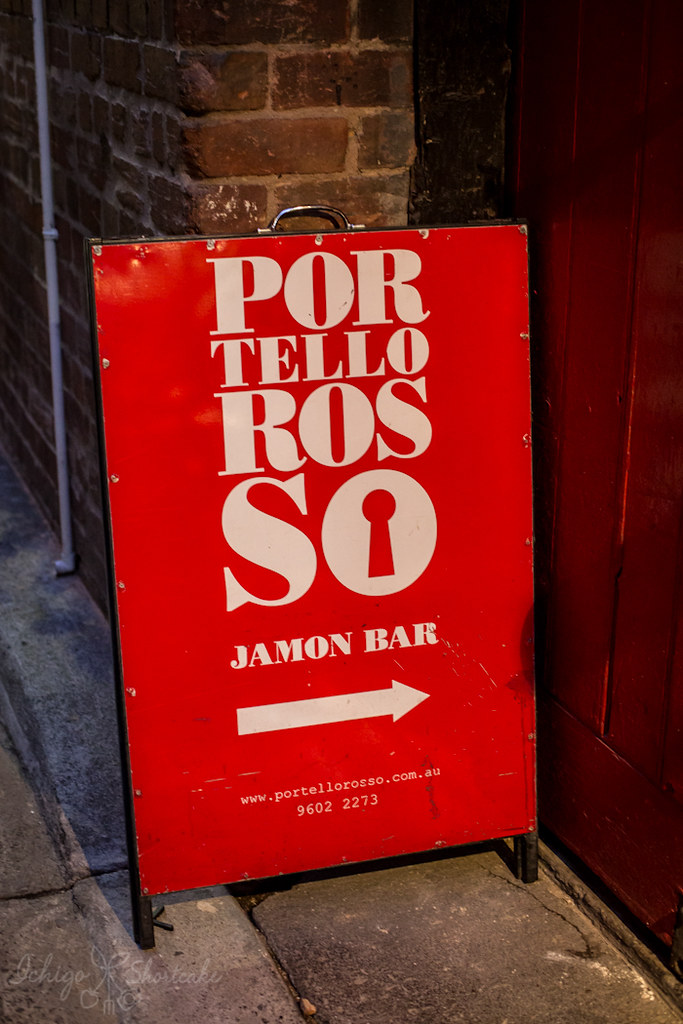 It’s not every day that one’s parents who usually only ever eat Chinese food proclaim “I feel like eating Spanish tonight”.

It turned out that Yuye’s parents had been preoccupying themselves with Food Safari on SBS and Frank Camorra, owner and executive chef of the MoVida empire, was cooking and eating paella and garlic prawns. This had their taste buds salivating, even though they’ve never had the dishes before. This is the power of television.

“Then why would he be making them on television?” said confused and slightly upset parents. 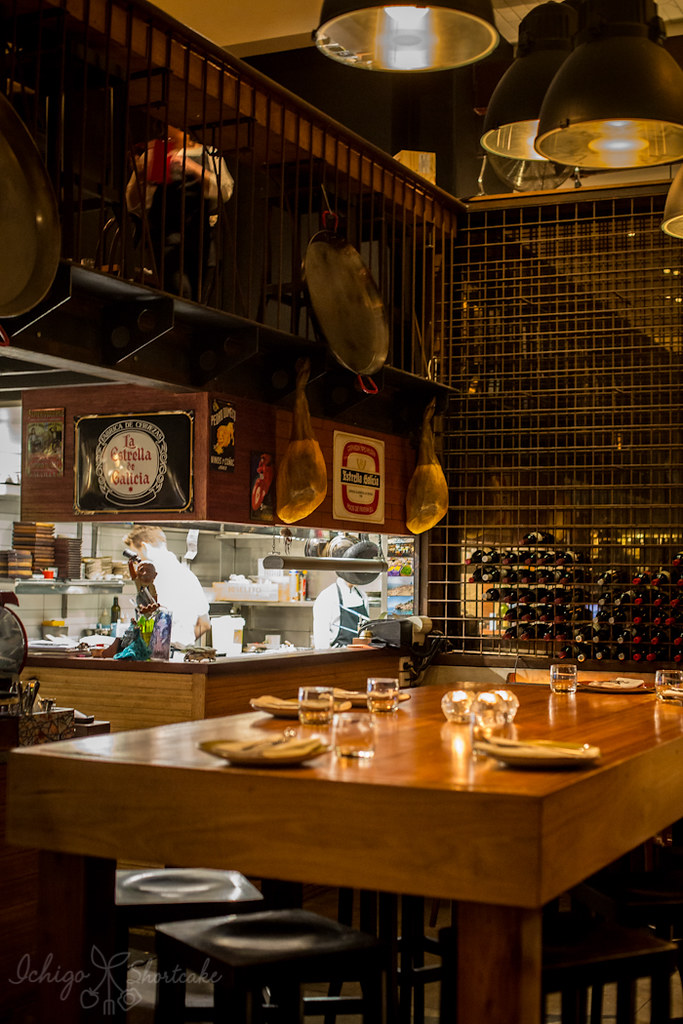 Of course MoVida is undoubtedly Spanish but is a step above the traditional Spanish dishes as we found out a while back here. However, Yuye’s parents were so fixated on eating paella that we decided to book a table at Portello Rosso instead. 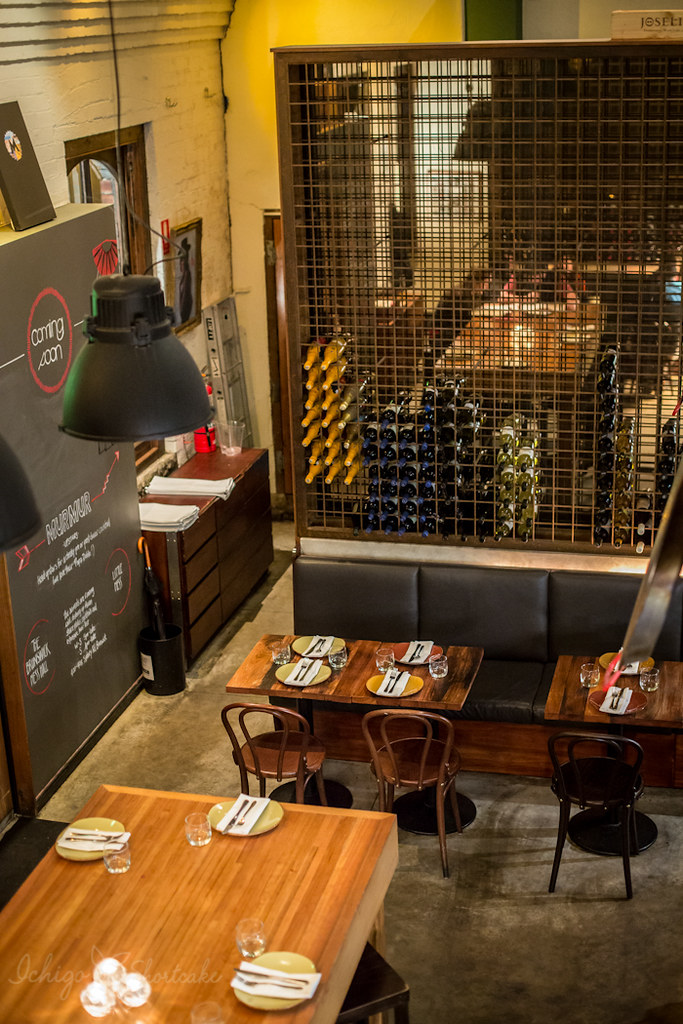 Portello Rosso is hidden in a little laneway in the CBD. After being there once already (turned away at the door because we had no booking) it still took us two tries to find it. Even without the foot traffic, they are always packed to max capacity and bookings are essential to avoid disappointment. 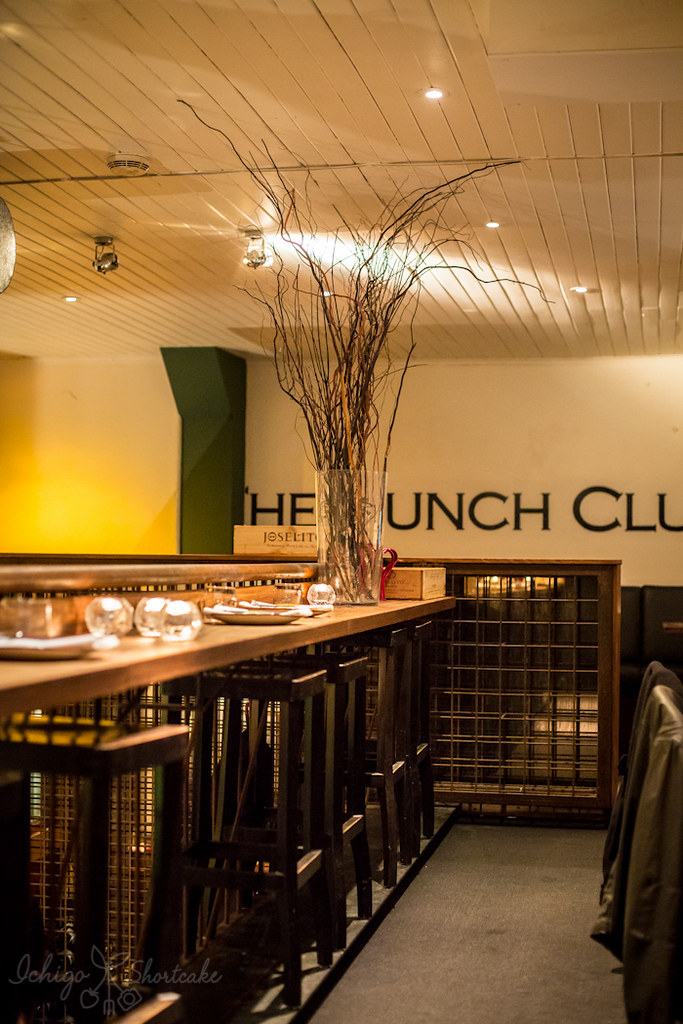 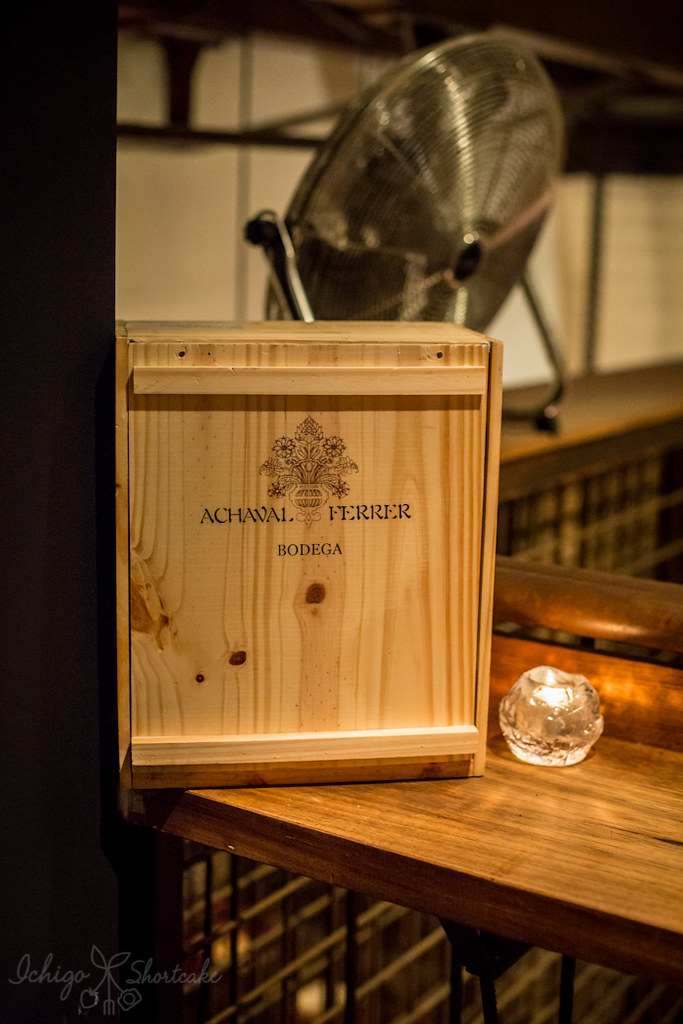 The menu here is tapas/share plate style where you can choose bite sized pieces such as croquettes, tortillas and sweetcorn, or go for medium share plates like the Gambas al ajillo – Pan seared prawns cooked in garlic oil, cherry tomatoes & basil ($14.5) which we ordered. The prawns were cooked to perfection – just cooked through and still very tender. The buttery garlic coated the prawns nicely and the tangy tomatoes tied the dish together. 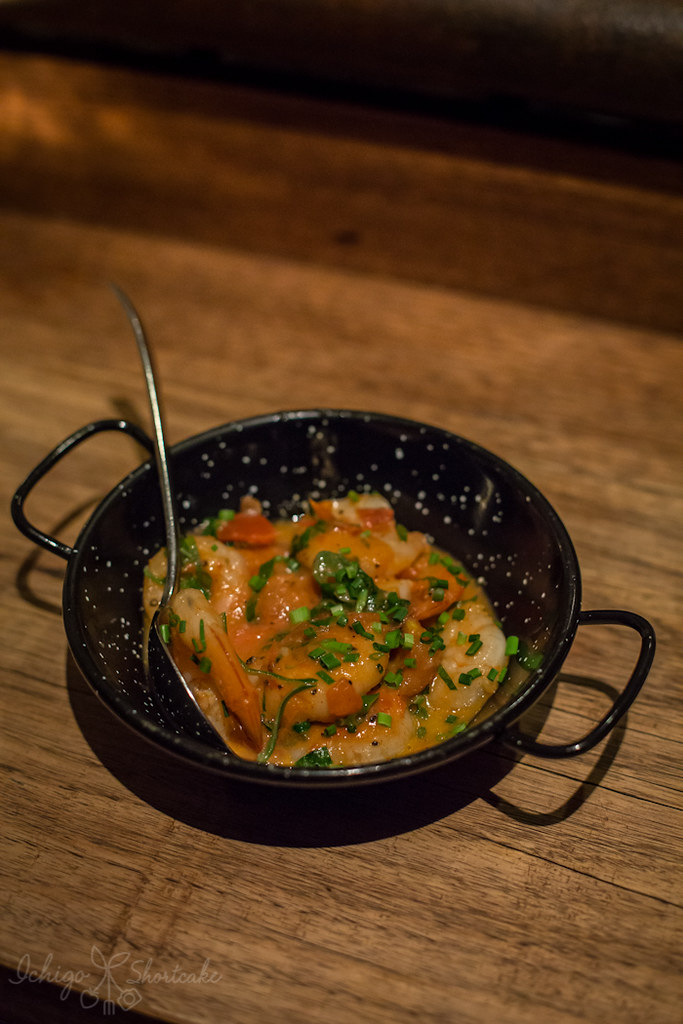 Compared to the prawns though I much preferred the Pulpo a la gallega – Marinated octopus Galician style with black garlic ($20). They were finger-lickingly good, seriously. The textures and flavours presented in every little bite had me salivating and wanting more. I could have eaten the whole dish myself and more. 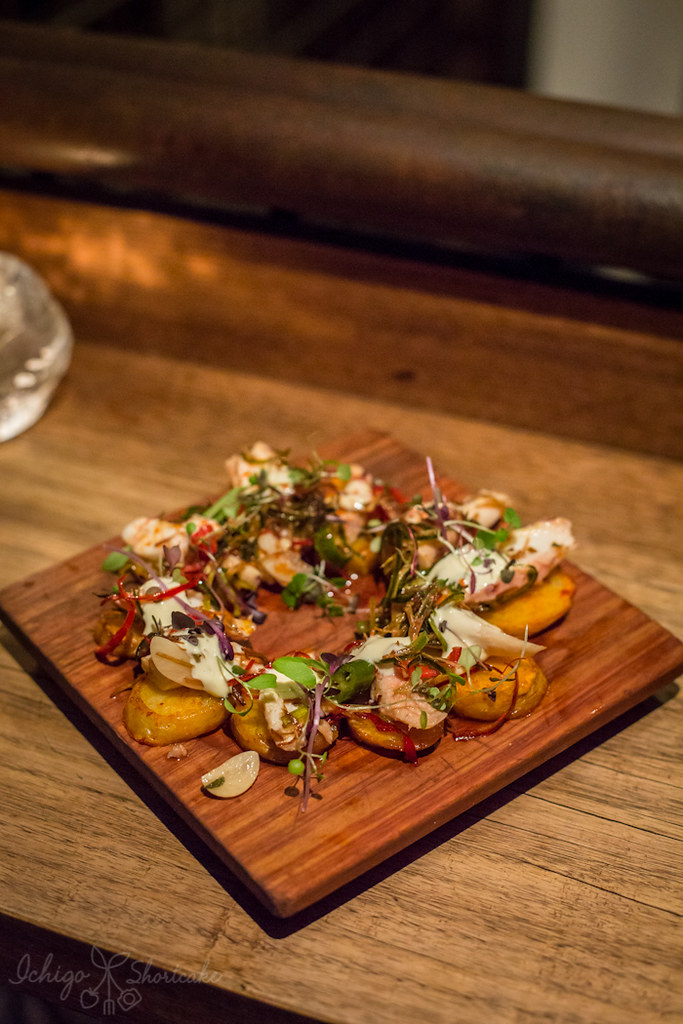 You can’t go past the charcuterie section while dining at a Jamon Bar. So we decided to order the Charcuterie Plate: Selection of imported & house made salamis, jamon & charcuteria items with cornichons, Spanish caperberries and bread ($45.50). All the meats presented on the board were beautiful of course, but for the price though give me another two plates of that octopus I say. 😉 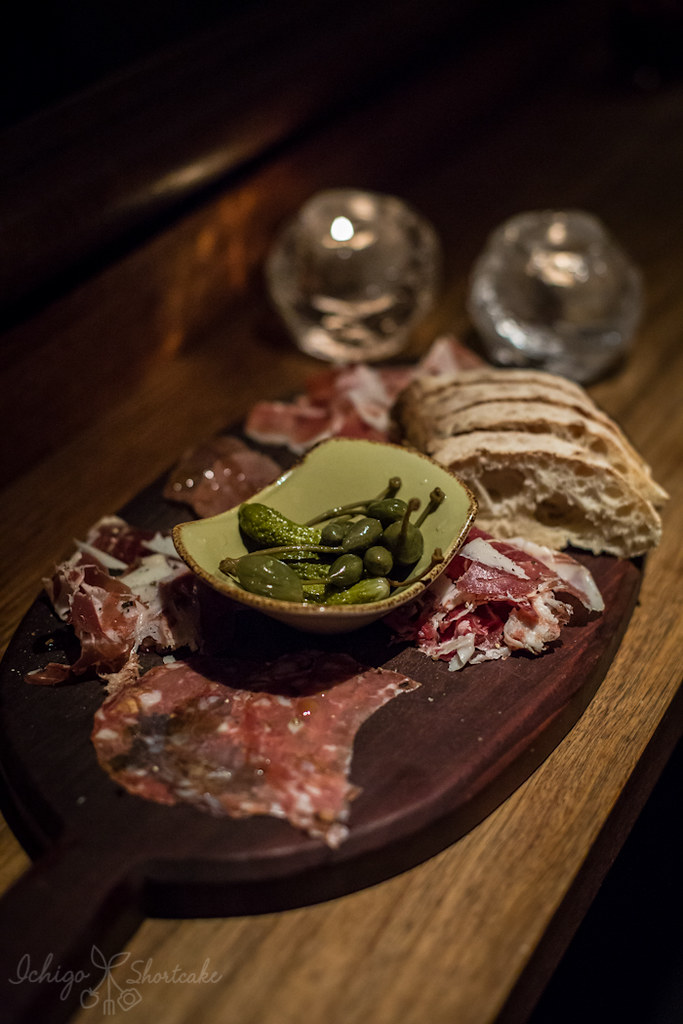 Lucky last was the Paella mixta – a classic seafood and meat selection with seasonal vegetables and herbs ($29per person – ordered for two people). We were told the pealla would take between 45 minutes and 1 hour to make because they make it the traditional way upon order. This gave the paella an intense flavour with the traditional layer of crunchy rice crust stuck to the bottom of the pan. The dish is dry and full of chunky good ingredients, not the same as what you would normally get in cafes where it’s mostly wet and no crust at all. In fact, it’s akin to the Chinese claypot dishes where the familiar crust can also be seen. 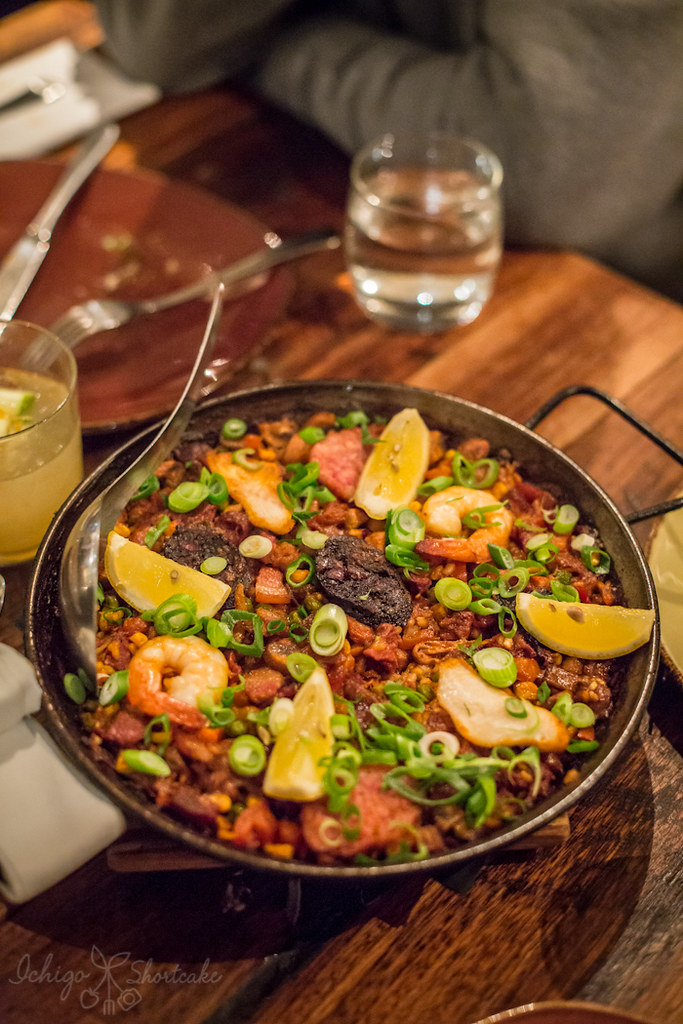 Although we ordered the paella for two people, the dish was seriously enough to feed four, maybe three if we were a bit more hungry. Towards the end of the meal we were all so bloated it was difficult to walk down the stairs.

Even though we were quite full, we still managed to finish the whole jug of this unique sangria. It was refreshing and subtly gingery which soothed my very full stomach. 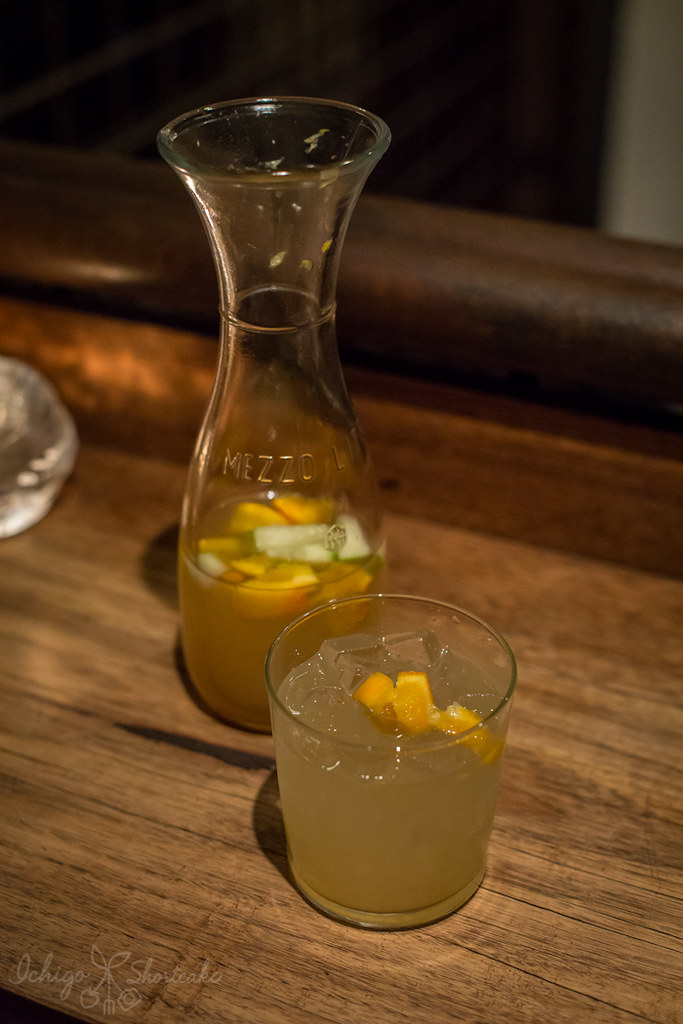 It was overall a very good dining experience which had Yuye’s parents raving about it all the way home. I think we expect more Spanish food on the menu from now on.