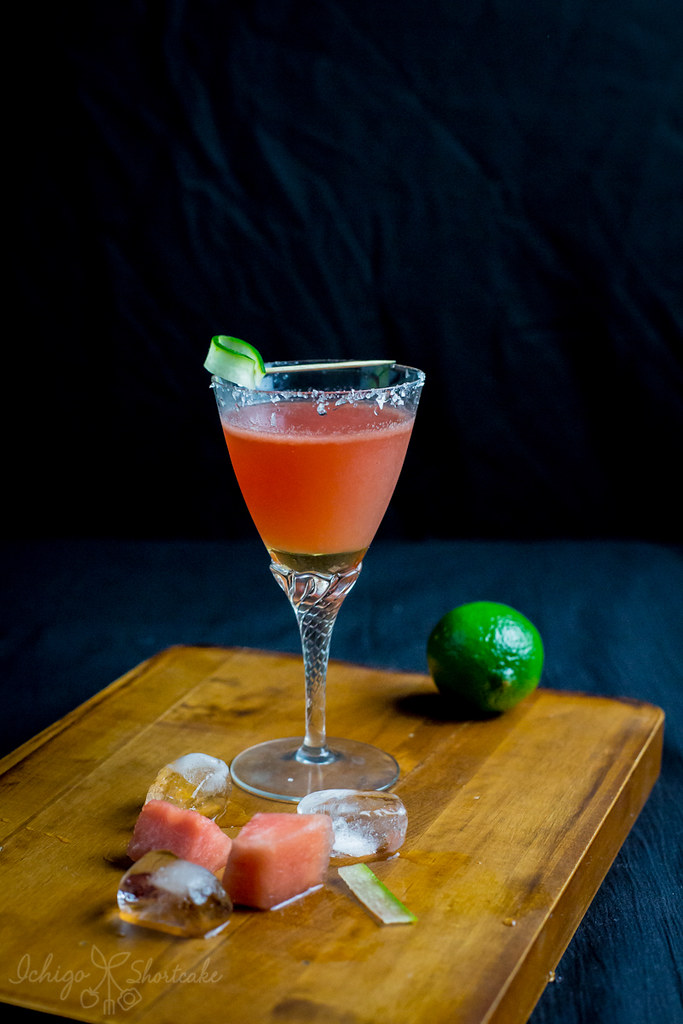 Did you know that Japanese people eat their watermelon with salt? Apparently it’s quite a common occurrence there because their summers are scorching and as a result of the heat and sweat, people lose sodium and eating watermelon with salt will both add flavour to the cold watermelon and replenish a bit of the lost sodium as well.

I’m not sure whether I’m a fan of watermelon with salt, but it did give Yuye the idea to make this recipe and it was delicious. I’m usually not a huge fan of tequila based cocktails (mainly because I haven’t had many good quality tequilas) but the Espolon I can get used to. 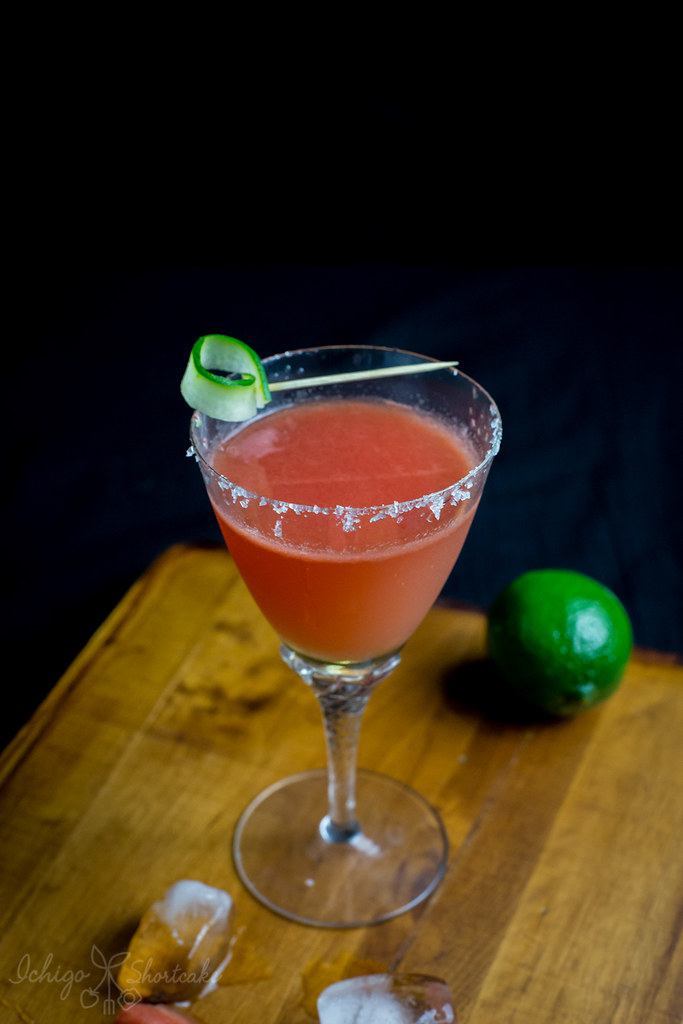 The light golden colour in the Espolon Reposado is due to 6 months of careful aging in white oak barrels which gives it a mild wood flavour and that beautiful colour. Espolon also make a non-aged version of the tequila as well.

Yuye only did half a salt rim around the glass because you really don’t need a full rim else it will be too salty. I hope you like this recipe! 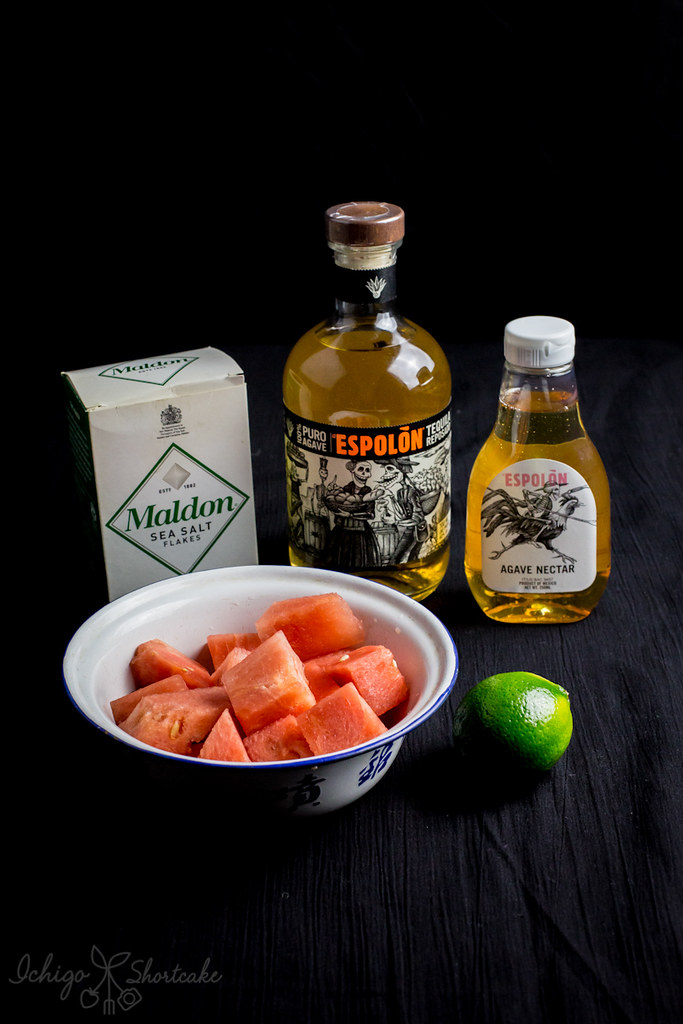